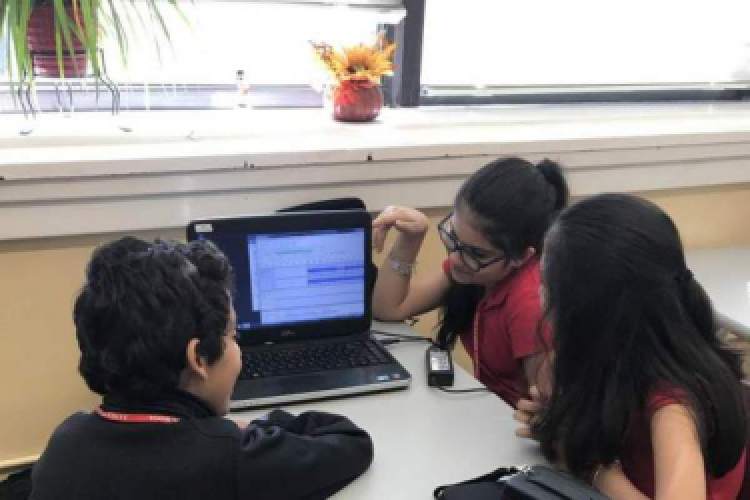 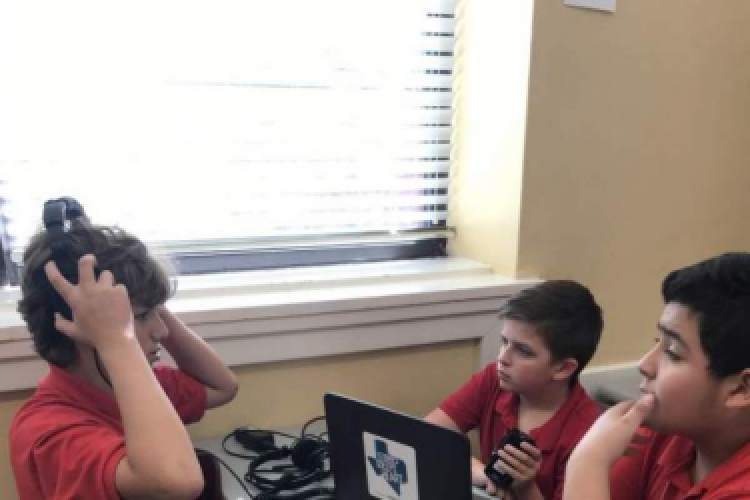 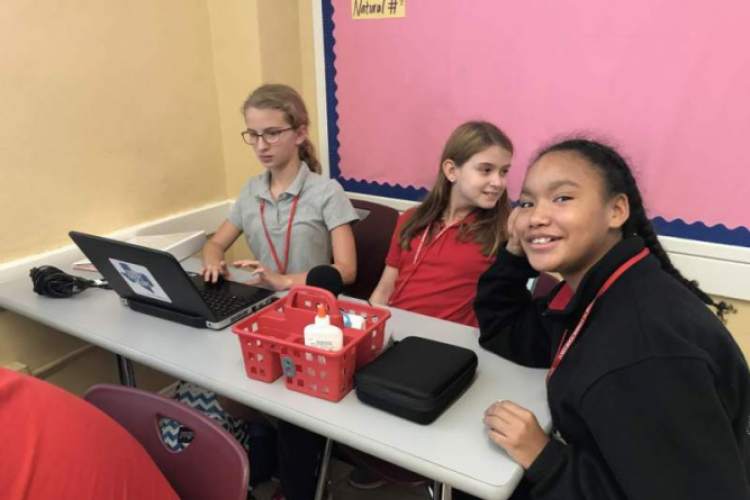 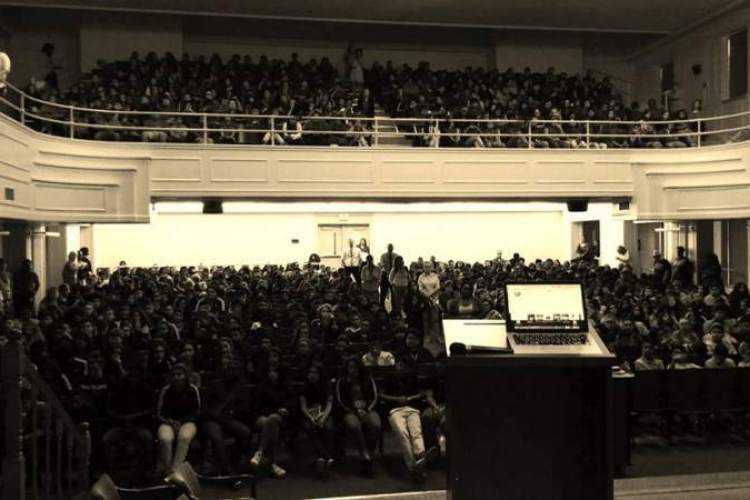 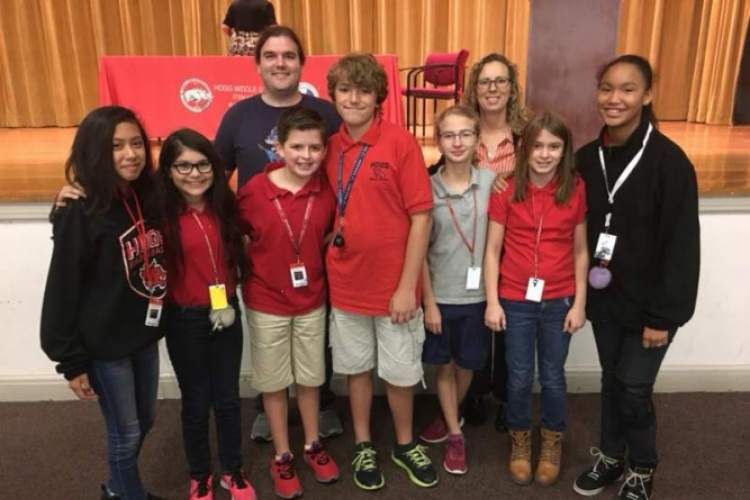 Just a week after premiering their stories, students at Hogg Middle School have seen their projects broadcast on two radio stations, with at least one more in the works.  The students were part of Stories from Deep in the Heart, Texas Folklife’s award-winning radio and podcast education program. The Stories program has been helping Texas communities tell their oral histories for 9 years.

This is the first time the program has been implemented in Houston. The culture at Hogg Middle School and students’ excitement at the prospect of radio broadcast helped to make this new collaboration a huge success. Within hours of the public premiere at Hogg Middle School on November 7, Texas Folklife was getting requests for broadcast from Texas public and community media.

Students with the program directed their own stories from start to finish. The subjects of the radio pieces were chosen by students and represent a broad cross-section of Houston community interests.  The highlight of the radio series was “Surviving Harvey,” a harrowing but ultimately uplifting story about an elementary school teacher trying to salvage her home in the days after the catastrophic hurricane.  Storytelling can be a powerful vessel for healing communities, but Texas Folklife needed to be responsive and let the community tell their story at their own pace, not force that onto anyone who is still recovering. Our youth producers at Hogg Middle School did a wonderful job at creating respectful, emotionally compelling stories, while Project Director Brian Griffith and folklorist collaborator Linda Ho Peche guided them through the process.

The final pieces were received by thunderous applause at the public listening party at Hogg Middle School.

About the Program:
“Stories from Deep in the Heart” is an award-winning in depth folklore and audio documentary training public high public school students, teachers, and community members across Texas.  Participants create short, broadcast quality audio documentaries on the stories, folklore, arts and traditions of their families and communities. Participants are teachers and students from schools identified by Texas public school districts as undergoing critical population changes, schools with a high percentage of at-risk youth, and schools that have pressing need of cultural diversity training.

The “Stories from Deep in the Heart” Houston pilot project is supported in part through grants from Humanities Texas, the state affiliate of the National Endowment for the Humanities, the Texas Commission on the Arts and an award from the National Endowment for the Arts, which believes that a great nation deserves great art; and generous support from KPFT 90.1FM Pacifica and Hogg Middle School.

Hear the pieces on SoundCloud: