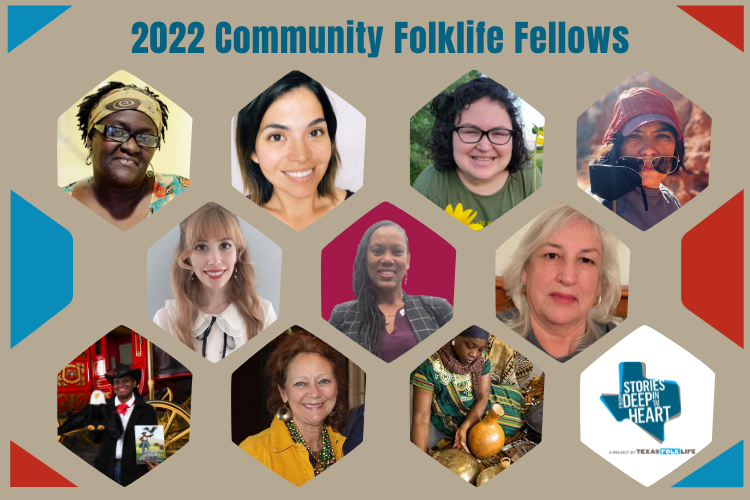 Texas Folklife is proud to announce the 2022 Community Folklife Fellowship Cohort. The Community Folklife Fellowship fosters community engagement by training fellows to conduct folklife projects in their communities. The ten Fellows were chosen from a number of highly qualified applicants through a committee review process. From foodways to festivals and performance practices, the selected fellows will represent the diversity of Texas communities through the documentation of a variety of foodways, performance practices and festivals including sauerkraut, pandemic recipes, pastorales, Juneteenth, and social issues like climate justice.

Click the Dropdowns Below to Learn More About the 2022 Texas Folklife Community Folklife Fellowship cohort: 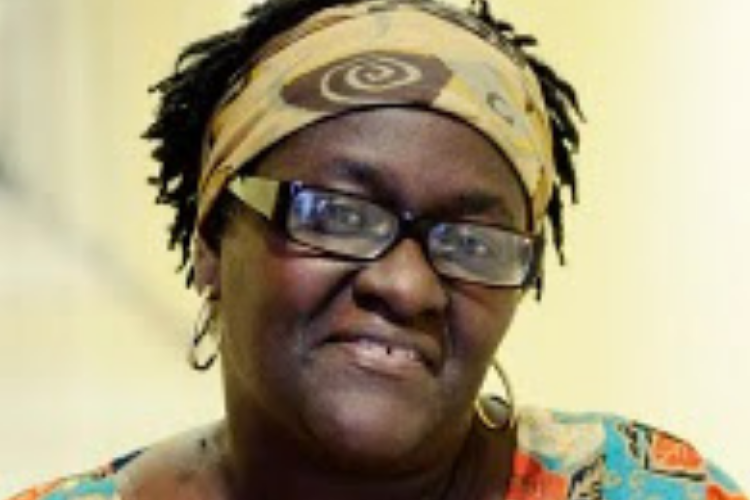 Laura M. Casmore was born in Port Arthur, Texas. She is a quilt artist who has been quilting for over 20 years. She holds a B.A in Telecommunication from Texas Tech University and a M.L.S. in Library Science from Texas Woman’s University. She is a practicing Christian and a 39-year member of Delta Sigma Theta Sorority, Inc. Quilting for over 20 years she has worked her way into being listed as one of the premier quilters in the USA. As a quilt artist she has exhibited in various quilt shows local and across the country. She has held solo exhibits of her works in Port Arthur, Texas and Lake Charles, Louisiana. She has exhibited in Charleston, SC, Lawrence KS, and Tuskegee, AL. Utilizing primarily African fabric designs, along with her love for Black and White fabrics, her works display her love of faith, culture and love. Family heritage plays a major role in the artistry of her works. The talent she brings comes from generations of women who expressed themselves with needle and thread. Laura provides custom quilt service and is always working on multiple quilts for commission, exhibit, or sale. Laura’s techniques have evolved from studying the quilt works of artist she admires and experimenting with looks to present a custom work. In her spare time, she can be found frequenting resale shops, reading, card playing or sharing her knowledge of quilting with anyone who will listen. She resides in Houston, Texas and is the proud mother of one daughter, Lauren and three grandchildren, Londynn, Stephen and Laureal. 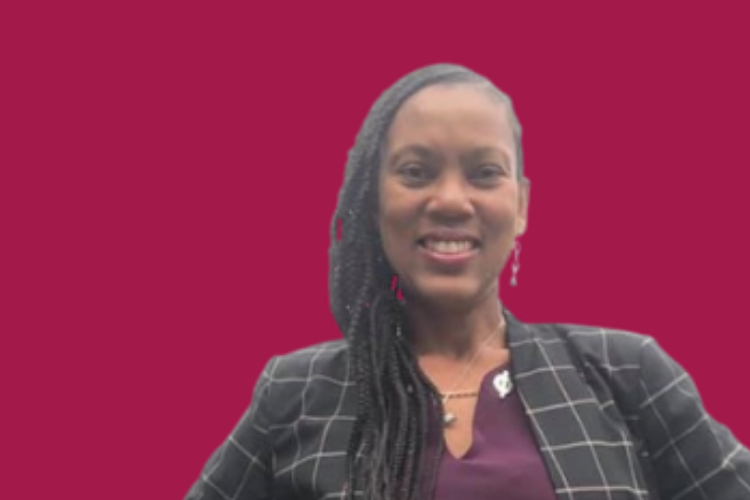 Yvette R. Blair is a food justice strategist, ethnographer, public theologian and ordained elder in The Methodist Church. Her work centers Black, Latinx and Indigenous cultures in the foodways systems, particularly how “hand patted foods” made with cornmeal (hot water cornbread, fry bread, salmon croquettes) is a form of communal storytelling and “passing down” family history through shared meals.

An international speaker on food justice issues, she has been a featured panelist for Bread For The World’s Global Advocacy Summit, Conversation with the White House, and she has presented her work on the systemic injustices of food insecurity at international conferences including the Political Theology Network conference at Union Theological Seminary in New York, Rural Women’s Studies Kitchen Table Talk to Global Forum at the University of Guelph in Canada. 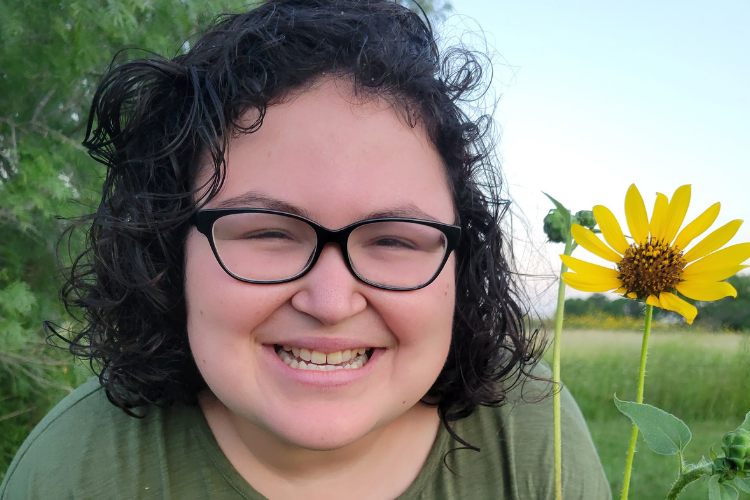 Gianna Elvia Rendon  is a Chicana/ Tejana cultural worker who grew up in the Westside of San Antonio. She is the founder of Echale Books which sought to provide affordable books and promote bilingual literacy in her community for four years. She self-published a zine, "Recetas de mi Abuelo Raul," which were excerpts of her grandfather's recipes that he left the family after his passing. Artistically, she is interested in preserving and advocating for the preservation of Latin@/x and Indigenous recipes as a way of story telling and cultural preservation. 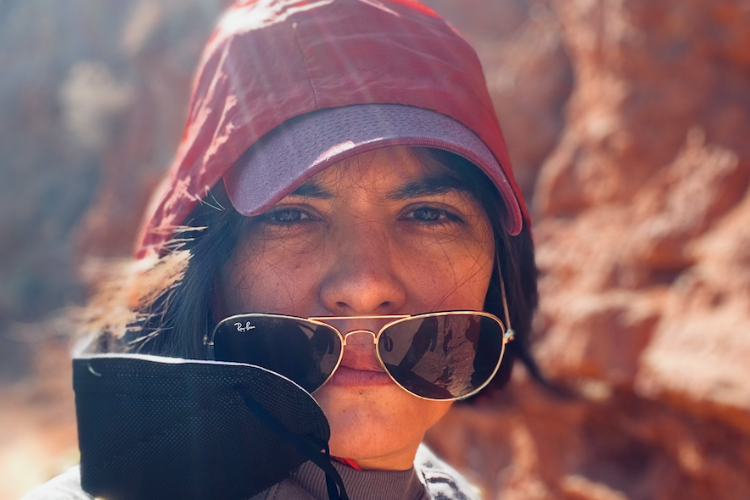 mónica teresa ortiz is a poet born and raised in Texas. Currently, ortiz is a journalist in residence with the Freedomways Reporting Project and an artist in residence with UT Austin's Planet Texas 2050 initiative. ortiz has work forthcoming in Hayden Ferry's Review and Scalawag, and resides in the Texas Panhandle. Follow them on Twitter @elgallosalvaje or on substack at elgallosalvaje.substack.com. 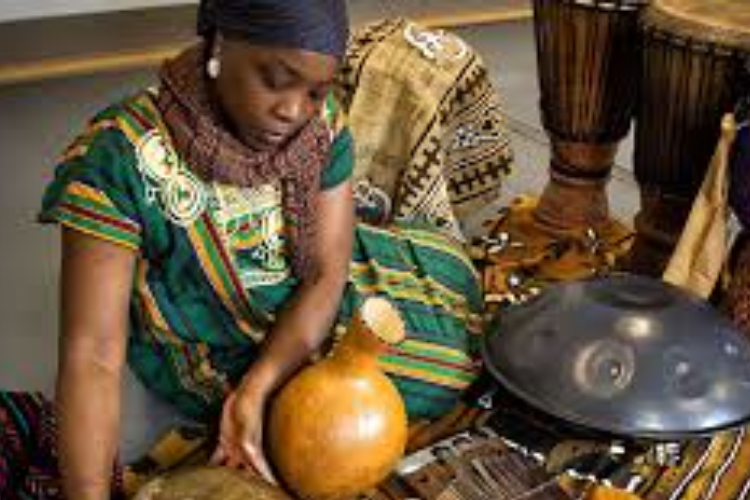 g’beda Tonya Lyles is a healing artist of ancestral practices and a multi-instrumentalist of traditional folk, African instruments and blues guitar. g’beda is the curator and creator of Soul Note Concerts Series, Freedom in Sound, and Holistic Soul Healing Arts, offering performances, workshops and sessions in the art of mindfulness, performance, writing, meditative sound and movement. 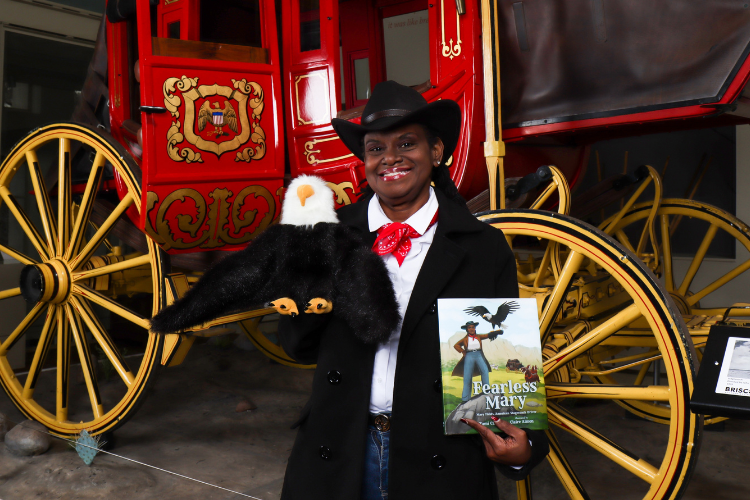 Antoinette A. Lakey is a community leader, researcher, and dramatist in San Antonio, Texas, who currently serves as Artistic Director for Teatro Anansi. Toni is a founding board member of Teatro Anansi, an organization with a mission to connect, celebrate, and commemorate African American theatre, performing arts as well as History within the greater San Antonio community. She is an award winning local Playwright having won awards for Divas of Eastwood and Men of Eastwood respectively in 2016 & 2017. She is involved with Dreamweek, SAAACAM(San Antonio Community Archive & Museum) and Juneteenth and as a local Spoken Word Artist, storyteller & Poet, she is presently spending a majority of her time lately telling stories through the San Antonio community. Antoinette loves to tell stories dressed as a character from each story she reads. It allows the children and adults to have a visual and engage with her as the storyteller. Preserving the strong presence of the African American  influence in San Antonio is integral to maintaining the roots of our city for our past, present and future. So she leads SAAACAM boat tours and shares our stories about our lives and influence in the city. "It's important that as a multicultural city that our children have an understanding & a proper outlet for living in a positive manner, arts education and storytelling is the key.” 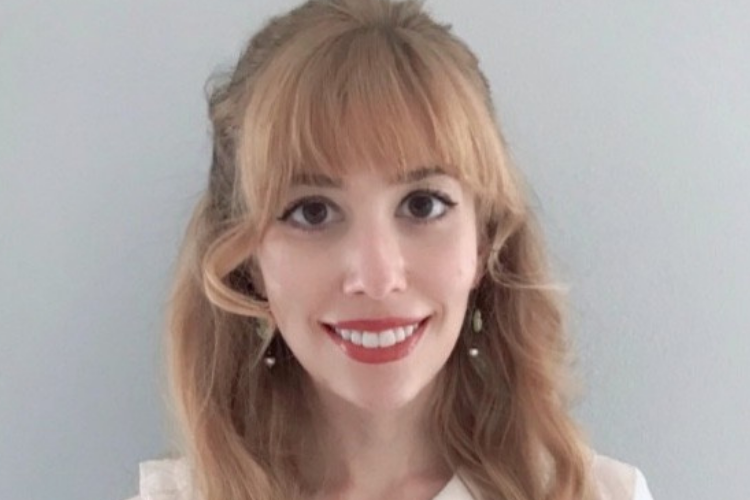 Kelsey Lee earned her PhD in Social Anthropology from Durham University in 2021, subsequent to receiving her MSc in Social Anthropology from the University of Edinburgh in 2013. Her doctoral thesis explored Indigenous Sámi storytelling through digital media as part of a broader decolonial endeavor in the Arctic European North (more specifically, in Finland, Sweden, Norway, and the Kola Peninsula of Russia). Kelsey also has a keen and long-standing interest in ethnomusicology and global folk arts and has taken the opportunity to delve into these topics further as part of the Texas Folklife Community Folklife Fellowship Program. Her project explores Ukrainian folk music in diaspora in North Texas, with a particular focus on the Vaselka Singers of Dallas. She hopes to eventually pursue a postdoctoral project exploring truth and reconciliation through folklife and folk music in relationship to settler Ukrainian and Indigenous associations in North America. Her ancestry is Swedish, Ukrainian, Russian, Lithuanian, and Ashkenazi. She plays the harp and also enjoys tapestry weaving. 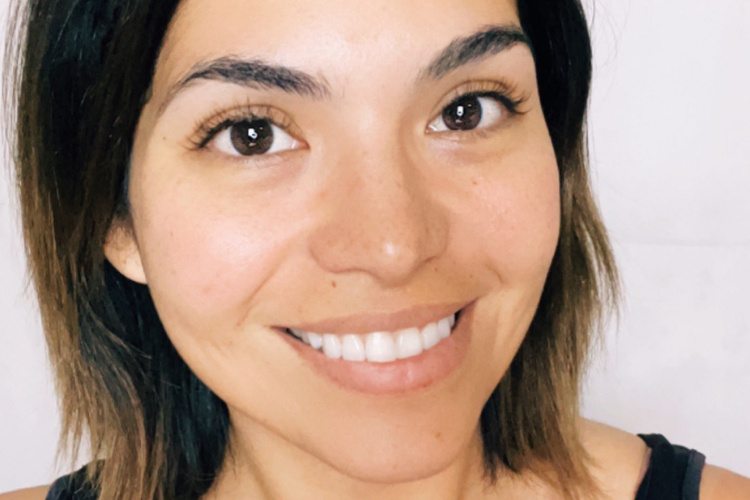 Ayme Peña was born in Tamaulipas, Mexico in the late 80s. Her parents permanently relocated to the Rio Grande Valley (RGV) when she was four years old and she was blessed to call it home.  She received her Bachelor’s Degree in International Business from The University of Texas Rio Grande Valley, followed by a Masters in Interdisciplinary Studies.  Ayme is a proud mother of two boys. Her goal is to continue with graduate studies and pursue a PhD. She is passionate about education and is eager to immerse herself once again with the RGV community, not only does she envision turning conversations into documents but also documenting via podcast production and community workshops. 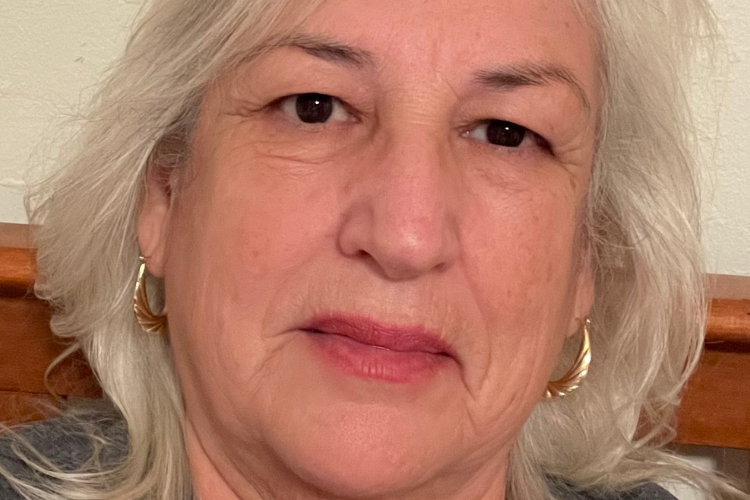 Upon retiring, Bilingual/ESL Teacher, Gerónima Garza set out to write for children.
Fractured recollections of attending a Pastorela set her on a course of research. “My brother and I  fought all day,” she recalled. Exasperated, mother issued a warning: Si no se apaciguan, se les va aparecer EL DIABLO.”  In other words, “If you don’t stop fighting ; the DEVIL is going to appear.”  That night, the family attended a Pastorela, a play depicting the shepherd’s journey in search of the newborn Jesus. “While waiting for the play to begin, a most hideous demon jumped in front of us,” recalled Garza.”We were so scared we hugged each other, shaking in fright”. Undeterred mom simply asked, “What did I tell you?”

Garza’s fellowship goal is to further research the Pastorela tradition in Cotulla, Texas. Folklorist John Lomax with his son Allen recorded the Pastorela in 1934 and  archived  the  music at the Library of Congress.
Retirement has kept Garza busier than ever; her first  picture book, Glove for a Lady,  Illustrated by Noe G. Garza was launched in November of 2021 in commemoration of the fifty-fifth anniversary of  President Lyndon B. Johnson’s visit to Welhausen School on November 7,  1966.

Garza served as  Project Coordinator of the LBJ - The Teacher Statue Unveiling which featured Luci Johnson as keynote speaker, LBJ student families, US Navy Honor Guard,  Artist  Armando Hinojosa, and music by State Champions, Mariachi Cotulleño and the Texas State University Band. Garza is the recipient of the “New Voices” Nonfiction Workshop Scholarship hosted by the Smithsonian Institute, and a member of the Society of Children's Book Writers and Illustrators.  Garza is a  graduate of Cotulla High School, holds  a B.S. in Education, & M.E. in Multicultural Studies from  Pan Am University at Edinburg. 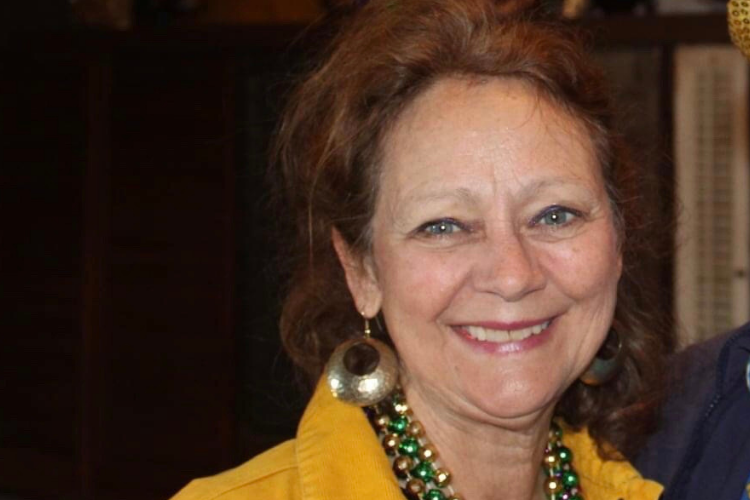 Julie grew up in Minneapolis, MN and is a graduate of Luther College, in Decorah Iowa. Julie moved to Texas in 1986, and held elementary teaching positions in San Antonio and Boerne. While teaching in Boerne, Julie developed the text and curriculum for teaching the town’s history. Upon retirement, Julie became the Director of the Kuhlmann King Museum in Boerne, developing programs of historical interest as well as educational outreach in the community. Julie is a member of the Kendall County Historical Commission. An avid dancer, Julie seeks out dance opportunities in the Hill Country and beyond.