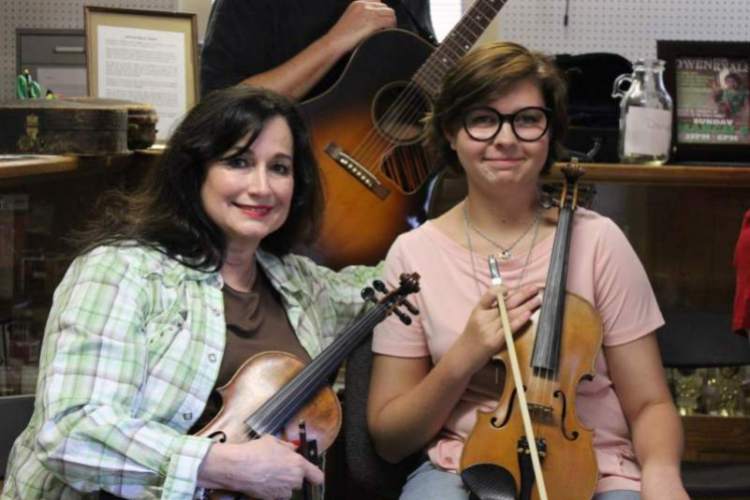 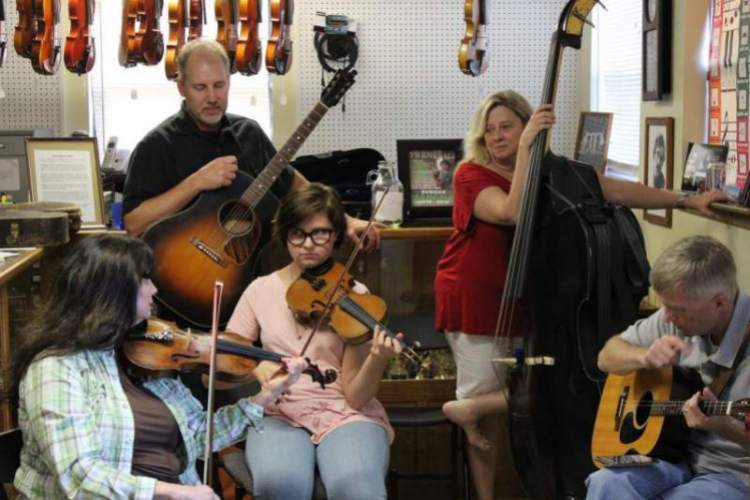 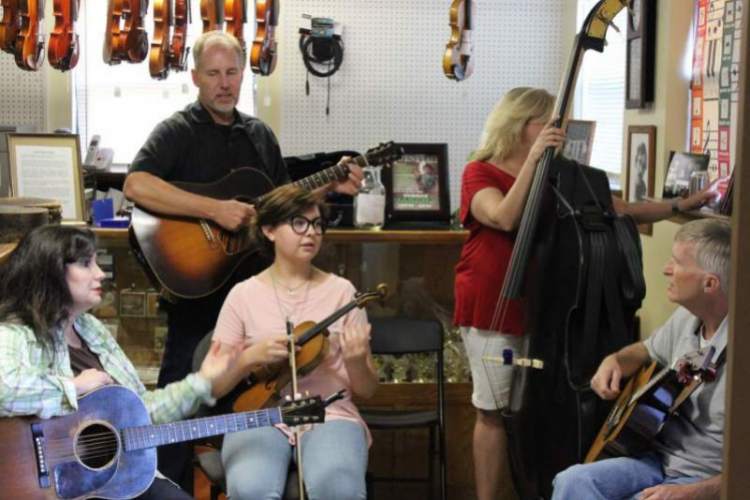 The career of Texas style fiddler Valerie Ryals is a demonstration in firsts. As one of the first women to compete in Texas fiddling championships during a time when men dominated, Ms. Ryals won her first Junior World Championship at age 13, setting the stage for a series of distinguished accolades throughout her career. In addition to being the first and only lady fiddler inducted into the Texas Fiddle Hall of Fame and the first lady appointed to the board of directors for the Texas Old Time Fiddle Association, Ms. Ryals is an equally accomplished teacher. For almost four decades she has taught through workshops and her own studio, Valerie’s Music, in Burleson, shaping the next generation of Texas style fiddlers like Jessica Sell.

The relationship between Ms. Ryals and Ms. Sell started almost immediately. With a fiddle pushed into her hand by her step-grandfather and Ms. Ryal’s childhood friend Tommy Hughes at only three years old, it was long before Jessica started to take lessons from Ms. Ryals at her music studio. Ms. Ryals immediately took a shining to Ms. Sell, and quickly took her under her wing. It would only be a few years later that Ms. Sell would get on stage for the first time at age six to compete. Years later, Ms. Sell continues to travel to various competitions within Texas and throughout the country, cementing her own accomplishments and awards as she continues to progress.

While some aspects of the competition have stayed the same, the people behind the fiddle have changed drastically from when Ms. Ryals first started to compete. Women now outnumber men in competitions, a change that has only happened in the past fifteen or twenty years. Additionally, while the competitive nature of these contests are always apparent – it’s not uncommon for someone to copy the tune of someone previously because they feel they could play it better and get a higher score because of it – there’s a greater openness and inclusion into the competitive world. When fiddlers once guarded their songs with such intensity so as to not allow someone to steal their act, songs are traded amongst one another as friends.

While Ms. Ryals does focus on competitive styles of fiddling, the apprenticeship equally provides an opportunity to expand into new styles and methods of playing to greater a stronger and diverse repertoire that impacts one’s style and abilities on the fiddle. This requires an extensive knowledge of the instrument, which Ms. Ryals provides both as a teacher and an unofficial archivist. With a majority of fiddle tunes being passed down orally person to person and through repeating the song, Ms. Ryals has collected and notated thousands of songs, many of which are rarely played in the present day. With binders upon binders catalogued throughout her studio, the efforts by Ms. Ryals shows an intense dedication and love of fiddling, a passion that has continued through the dozens of students she has worked with, such as Ms. Sell, over the several years of her teaching.

Listen to Valerie Ryals discuss her early experiences as one of the few women in Texas fiddling competitions: