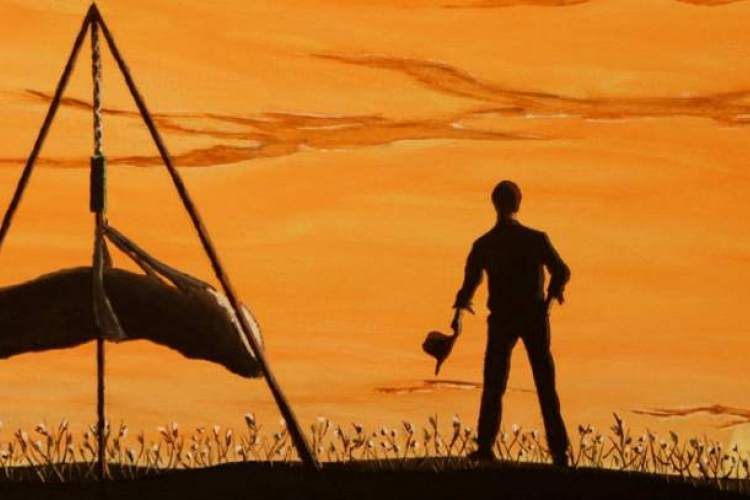 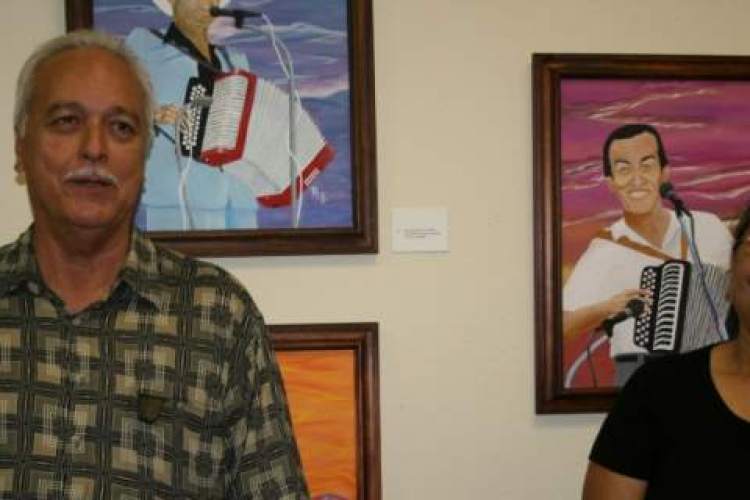 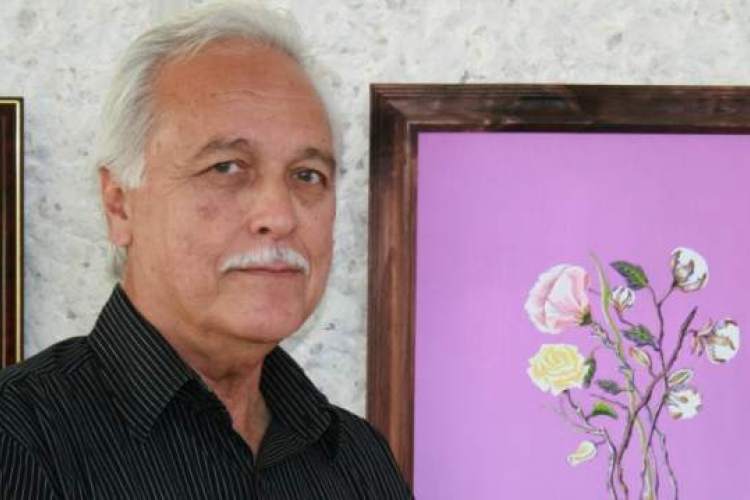 In 2007, Texas Folklife partnered with the National Endowment for the Arts for a fieldwork project in Hidalgo County in south Texas, which was modeled after a project called "Place Matters" (a joint program of City Lore and the Municipal Art Society in New York City). The objective was to engage Mexican-American families in looking closely at how they experience the place where they live, and in telling stories through art and oral narratives that draw on personal, family and community experiences. I spent 15 days in various towns in Hidalgo County and conducted interviews with residents about the vitality of local traditional music, knowledge and customs. The following narrative offers a glimpse at some of these fascinating people and their stories.

Roel and Epifania Flores, from Weslaco, have rich memories of la labor, the migratory experiences of farm laborers whose lives are dictated by changing seasons, planting schedules and the weather. Roel taught himself to paint as an adult. He paints endless fields strewn with musical instruments, one-room empty shacks, rickety trucks carrying cotton and people, and beautiful sunsets and sunrises, which were the best part of the long days of picking cotton and beets and any vegetable you can think of. The memories are sometimes joyful, sometimes painful, mostly bittersweet, and they manifest themselves through Roel's art and music. Roel and Epifania discussed how hard it had been to be out in the fields as migrant workers and how music became an important part of their sense of resilience and hope. They talked about the ambiguous nature of identifying as Tejanos (Texas-born of Mexican parents), accepted neither by the Mexicanos on the other side of the border nor by the Anglos on this side. To this couple, the most deeply moving historical site -- the fields that were so much a part of who they were and who they are today -- lives on in their memories.

Benigno Layton, an accordionist and teacher from Edcouch-Elsa, has taught for over 30 years at Edcouch-Elsa High School. He and his two brothers have formed a musical trio called the Layton Brothers. He explained how a unique Tejano identity emerged through conjunto music.

"(Music) is my lifeblood. That's what I do for a living; I teach kids how to play musical instruments. I teach them to be aware of their culture," Layton said. "And now, at this stage in my life, I find myself having to tell them of what this unique area had, how it evolved and what it became, because we had to create our own identity through our music."

Julio and Leticia Sanchez, of San Juan, demonstrate their sense of identity and cultural resilience through cooking. Their most exquisite dishes draw on a culinary tradition brought from Texcoco, Mexico. "Where we are from in Mexico, people do a lot of this for fiestas, weddings, quinceñeras or baptisms, Leticia explains. "I've taught my daughters how to cook so all of that does not get lost. If we teach our children, this can go on."Julio adds, "This food is very resourceful, we do not waste anything. My grandparents always told us that nothing should be wasted that (way of thinking) dates back to the (Mexican) Revolution."

Leticia's specialty is tlacoyos, a dish with a Nahuatl name, which is made with leavened bread dripped with lard and topped with cheese, meats, lettuce, tomatoes, onions and nopalitos (a type of cactus plant). Julio's specialty is barbacoa, heated on slats of maguey in an outdoor pit.

I also spent some time with Proyecto Azteca, a San Juan-based organization that helps build houses in the colonias -- unincorporated areas of town with little or no infrastructure. The organization works closely with the United Farm Workers union and sponsors cultural and religious festivals, human rights marches, and art and essay contests for local students. A large mural, commissioned in the late 1970s, decorates their meeting space. Director David Arizmendi explains that the mural is a visual representation of "how commercial farming has turned nature against us and how we were able to break the chains as a people." The first wall illustrates workers being squeezed and suffocated by green vines; as the mural wraps around a second wall, it ends with a farm worker breaking his chains. There is an altar of the Virgen de Guadalupe, and a small poster with a drawing of a sitting skeleton draped in grandmotherly clothes with two small children on either side.

"Death is a close relative of ours," David said."We can't be afraid of death." As people enter for meetings, they are introduced to the history of the organization, which in turn becomes their own history and struggle.

There are various ways in which people tell stories about themselves to one another. All of these artistic manifestations point to the fact that there are always elements from the past that are profoundly significant for the present. These traditions remind us all that, through art and narrative, it is possible to rescue memories from our enormous capacity to forget before it's too late and those stories are lost to us forever.