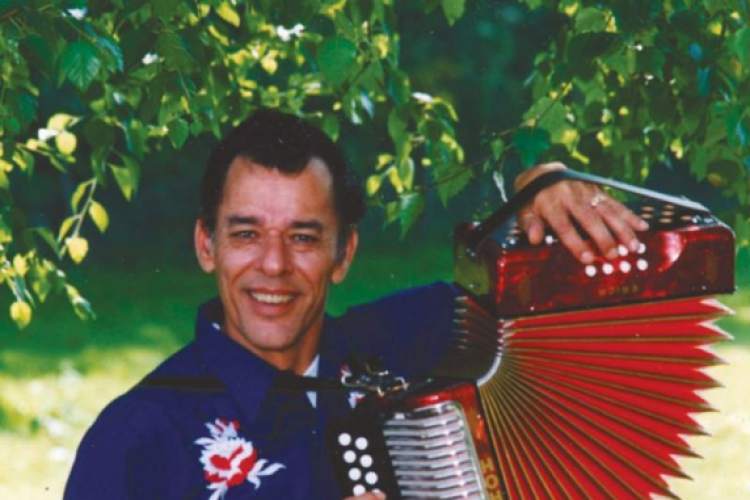 What is Conjunto Style Accordion?

The Spanish word conjunto refers not only to a musical style but also to the group of musicians that plays that style. On any weekend, conjunto can be heard from car stereos, juke boxes, bars, dance halls, and community centers across South Texas. Formerly little-known outside the circle of working-class Mexicanos who played it and danced to it, conjunto music is now appreciated around the world.

Conjunto first emerged in the Lower Rio Grande Valley in the early part of the 20th century as a mixture of local traditions including Mexican musica indigena and European accordion and polka music. Conjunto can be defined and differentiated from other forms of popular Tex-Mex music by instrumentation, repertoire, types of songs, and performance style. A traditional conjunto will always include accordion, bajo sexto, bass (acoustic stand-up or electric), and more recently, drums.conjuntos perform a mixture of instrumentals and vocal songs sung solo or in harmony as a duet. The variety of song types includes rancheras, corridos, polkas, schottisches, boleros, canciones, cumbias, vals, and recently, even rock and pop.

The origins of conjunto can be found in the border area in the late 1800's. At that time, musica indigena encompassed three popular forms: a string/wind ensemble, known as orquesta típica ; vocal solos or duets accompanied by guitar; and the accordion ensemble. Music performance was often accompanied by dance, so it was typically instrumental. Vocal music styles included Mexicanrancheras (songs about love and rural life) and corridos (narrative ballads about historical events, persons, and controversies). The dominant styles of instrumental music played by these ensembles were imported from Europe. It is important to note that the annexation of Texas in 1845 did not cease the constant flow of people and culture across the border. In fact, conjunto music developed on both sides of this physical border between the US and Mexico.

Throughout the 18th and 19th centuries, the Mexican upper class looked to Europe for popular trends in fashion, music, and entertainment. European salon dances such as the polka, redowa , schottische , and mazurka rose to great popularity in northern Mexico, especially in Monterrey. As this music moved out of urban centers and into rural areas, folk musicians reinterpreted the European dance music and played the songs in their own orquesta típicas and accordion ensembles. Rural ensembles performing the popular music of salon dances were some of the earliest ancestors of the modernconjunto . German and Czech immigrants actually brought the accordion to the border region. Texas-Mexican musicians started playing the accordion as early as the 1850's; by 1890, the accordion was very common in Mexican groups, especially those performing for dances.

Whether to celebrate marriages, birthdays, festive days like Dies y Seis and Cinco de Mayo, or just for fun, weekend dances were part of life in the South Texas region during the early 20th century. The typical ensemble at these farm dances included accordion, guitar, and either violin, tololoche (contra-bass), or tambora de rancho (ranch drum). By the 1920's, the guitar and tambora de rancho were replaced by the bajo sexto, a double-coursed, twelve-string bass guitar. Even though European music and dance were infused within conjunto , the music and lyrics to this day retain a folk-roots focus, reflecting the rural, southwestern agrarian landscape, with lyrics about hard-work, class struggle, and longing.

The modern conjunto first emerged out of the accordion ensemble in the 1920's. An accordion player named Narciso Martinez, born in San Benito, Texas, and bajo sexto player Santiago Almeida combined the accordion and bajo sexto in a performance style which became the basis of conjuntomusic. Many other musicians across the Valley and northern Mexico had already paired the instruments, but the nature of the relationship between the two changed drastically in the hands of these masters. Martinez broke from convention by leaving the musical bass lines to the bajo and emphasizing the treble side of his accordion. Known as " El Hurrican del Valle ," the Hurricane of the Valley, Martinez's style soon became the standard for other accordionists to match.

Don Santiago Jiménez, Sr., was another accordionist who played a key role in conjunto's earliest stages. Raised in "La Piedra" neighborhood in San Antonio, he learned accordion from his father. Not only is Santiago Jiménez, Sr. credited with composing numerous canciones which have become part of the conjunto canon, including polkas such as "Margarita" and "Viva Seguin," but he is also credited with introducing the tololoche into the duo of accordion and bajo sexto. The conjunto trio of accordion,bajo sexto , and tololoche was established by the 1930's and would remain relatively unchanged until after World War II.

Conjunto's popularity grew with the recording industry. Like many other forms of regional folk musics,conjunto artists such as Santiago Jimenez, Sr., and Narciso Martinez were recorded and sold locally by national record companies RCA-Victor and Columbia. After WWII, a new generation of musicians soon followed in the footsteps of their predecessors and continued to refine the conjunto sound. Accordionists Tony de la Rosa and Valerio Longoria became virtuosos on their instruments, further developing performance styles and adding to the conjunto repertoire. Valerio Longoria helped introduce singing into conjunto. He first recorded the cancion ranchera, a polka with lyrics sung in two-part harmony that is now characteristic of conjunto .

Though some musicians and audience members held to the traditional conjunto formula established in the 1950's, others began to incorporate elements of various musical styles like country, blues, jazz, rock and other traditional Tex-Mex styles like Orquesta Tejana. Accordion players reached new levels of technical expertise on their instruments, making conjunto more progressive with complex rhythms and song structures.

The best representatives of progressive new conjunto sound was conjunto Bernal. Often considered the most innovative conjunto of all time, the group was founded by brothers Paulino and Eloy in 1952.Conjunto Bernal introduced three-part harmonies, reminiscent of popular Mexican vocal tríos, and later added a second accordion into their ensemble. By the mid 1960's, however, the sound, instrumentation, and song types that characterize conjunto today were well defined.

Since the 1960's, conjunto music has remained relatively unchanged. Different groups have incorporated elements of country or rock music to define their sound, but the instrumentation and sound have remained constant. Although conjunto remains one of the most popular forms of music in the southwest, other genres such as Norteño, grupos tropicales, general Latino, and pop-infused Tejano music have emerged on the scene, greatly increasing competition for a limited audience's attention. Yet conjunto music has endured. Even as many of the innovators of the second wave ofconjunto accordionists are slowly passing on, new generations are constantly learning the old songs. In Texas, the accordion remains " el instrumento del pueblo ," the instrument of the people.