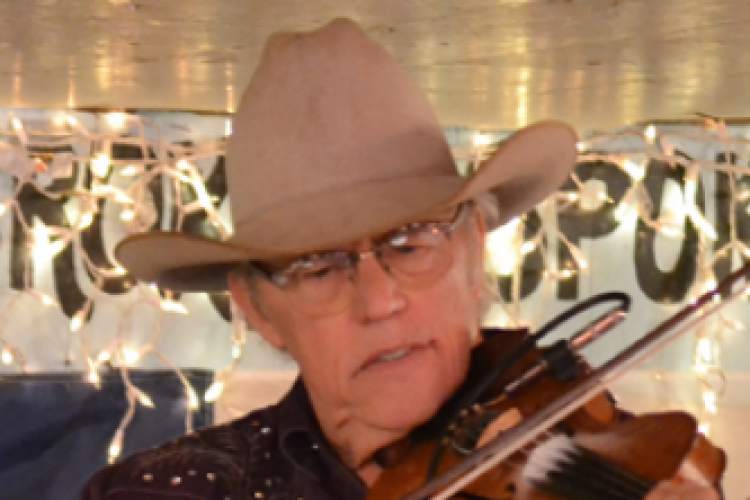 We hope this curriculum guide will help you and your students better understand the history of Texas-style fiddle music and its importance in the Texas cultural landscape. Please use all or part of the information in your classroom as you see fit. We have provided the following:

You may use the text for your individual study; high school teachers can make copies for the entire class to read and discuss.

Teaching about the types of songs and musical instruments associated with western swing music is a wonderful way to emphasize to students the complexities of Texas cultural history and its influence on present-day Texas culture. And, by all means, use the tape! Your students listen to music everyday. Give them the opportunity to hear a distinct Texas traditional music style and the traditions that inspired it.

General information on the concepts of folklife and folklore, including a selected bibliography. You may use the text for your own study or make copies for your entire class to read and discuss. We urge you to read through this section before you begin teaching about Texas-style fiddle music.  Let us know what you think of the Texas Folklife Texas-style Fiddle Study Guide. We want our materials to serve your classrooms well, and you can help us determine how to write better curricula in the future.

Question : What is the difference between a violin and a fiddle ?

A fiddle usually has a lower arching bridge. Lowering the bridge causes the strings to be closer together and makes it easier to play more than one string at the same time. Most of the difference depends on the style of music being played. Violin music is usually classical. Fiddle music is usually folk.

What is Texas-style Fiddling?

Fiddling in Texas is a unique and honored tradition. Texas is home to numerous different cultural groups and the fiddle appears in many different musical traditions. A Texas fiddler from Amarillo named Eck Robertson entered musical history when he made the first Country music recording in 1922, playing the song "Sallie Gooden." Eighty years later, Texas-style fiddle is the dominant technique used to perform at fiddle contests across the nation.

Texas-style fiddle has evolved over hundreds of years. The fiddle was brought to America by the earliest colonists and was carried on to the farthest frontier. Every folk group in America, French, Spanish, Mexican, British, African, and Scotch-Irish, mastered the instrument while developing their own unique styles. The fiddle music which came to be known as Texas-style, was brought to Texas by Anglo immigrants in the early 19th century. The tunes they played were those of their homeland, known as "jigs," "hornpipes," and "reels," and these terms are still used today. Settlers celebrated and preserved their heritage through music, but they also encountered Mexican songs, African American blues, and Czech and German polka. As these groups lived near one another, and played music with one another, they shared their cultural heritage with one another, and in the process formed a new culture. This is reflected in the music of the day. Musicians fit old English ballads with new lyrics to fit themes and experiences of the settlers in their new Texas homes. Settlers also composed new tunes to add to the body of music already played.

Texas was unique among regions in the United States in its size, distance, and number of different ethnic groups. Social gatherings, like dances, celebrations after round-ups, Christmas gatherings, and other special occasions, provided an environment for people of different groups to come together and share their musical heritage. The main form of entertainment for these gatherings in Texas and across the south was the string band, led by the fiddle. String bands typically consisted of one or two fiddles, guitar, and banjo. The music was played to be danced to. Dances most often took place at a ranch house. Two rooms would be cleared of furniture and the musicians would stand in the doorway between the two rooms so the music could be heard in both. One unaccompanied fiddle player could entertain a group of dancers for hours.

Texans also played fiddle music not meant for dancing. Fiddle contests have been held since fiddles first came to the New World. Record exists of a contest in the colony of Virginia in 1736. Fiddle contests traveled west with the pioneers and their music and were often incorporated into civic events or celebrations. By the late nineteenth century, fiddle contests became increasingly associated with Old Settlers Days and Confederate reunions. In the 1920's Henry Ford took steps to revive "old-time" fiddling by sponsoring fiddle contests across the country as qualifying rounds for the national championship held in Detroit. Contests were fierce competitions which inspired innovation and improvisation in fiddlers in order to win favor with the judges and audiences. Texas-style fiddle music rose directly out of this contest tradition.

Fiddle styles vary from state to state, and even more regionally within states. Individuals differ in the ways they hold an instrument, the way they bow the fiddle, level of improvisation, and even the number of strings played (some fiddlers play only one string at a time while others play "double-stops," the playing of two strings at the same time). Texas style fiddle is usually characterized by a long-bow technique and heavy syncopation. It is considered to be a blues influence. Using the long-bow technique makes for a very smooth playing style and clear noting, depending on the hand on the fingerboard for note changes. The best example of this fiddle style and the man most responsible for its worldwide popularity and heavy presence at fiddle contests was named Benny Thommason.

Benny Thommason grew up in a family of musicians. His father and uncle were probably a group of musicians called the Thommason Brothers who were some of the earliest recorded musical groups in Texas; making two records for Okeh in 1929. From their influence, Benny Thommason developed a style which has become the standard for modern contest fiddling. Thommason's technique involved a smooth long bow style and was also characterized by heavy syncopation. He literally doubled the notes.

Breakdown - A North American style of music traditionally played for folk dances, especially square dances. Breakdowns are made up of interesting variations of a short, brisk melody repeated over and over in 4/4 or 2/4 time. Western tradition says that when the pioneers' wagons would break down, fiddlers lifted spirits and passed the time by improvising these tunes. Example: Sallie Gooden

A solo dance popular in the British Isles. Early examples of the music are in simple triple time, but by the end of the 18th century it had changed to double time. The dance was kept up chiefly by sailors who danced to the music of the hornpipe (an obsolete folk instrument), thus the tunes became known by that name. Example: Sailor's Hornpipe

"The Devil's Box" film may also be of interest to those wishing to learn more about Texas style fiddling:
You can purchase the Devil's Box Film online in our shop