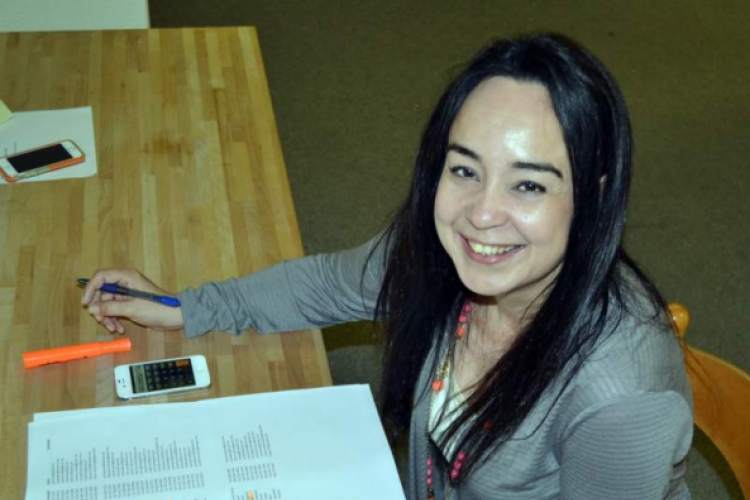 Austin, Texas – January 28, 2016 – Cristina Ballí, executive director of Texas Folklife, has announced that she is stepping down as of February 1.  Ballí took over the reins of the organization in 2012, and had been program and associate director since 2009. Prior to 2009, Ballí was program director and project coordinator for the South Texas region for Texas Folklife.

Before her work with Texas Folklife, Ballí directed the Narciso Martinez Cultural Arts Center in San Benito where she oversaw the successful building and openings of the San Benito History, Texas Conjunto Museum Hall of Fame and Freddy Fender Museums. She was also a producer for the Rio Grande Valley public radio station KMBH/KHID where she hosted a weekly arts news segment and produced radio documentaries. Ballí is fluent in Spanish, holds a bachelor degree from Our Lady of the Lake University in San Antonio, and is a native of Brownsville.

Ballí led the organization through difficult times—but Texas Folklife landed on its feet in a new location with expanded office, exhibition, and event space; revamped long dormant programs; continued and grew successful statewide programs, including the Big Squeeze Accordion Contest, Festival of Texas Fiddling, and Stories from Deep in the Heart; produced several media projects; and received major grants from prestigious national organizations such as the National Endowment for the Arts.

One of the programs that prospered greatly under Ballí’s tenure is the Big Squeeze Contest. When  Ballí took that program on as associate director in 2010, there were eight contestants statewide. By 2015, the number of contestants increased to an average of 30 a year, with a total of over 200 contestants in the program’s history. Along the way, she developed and nurtured strong partnerships with other non-profits throughout the state: Conjunto Heritage Taller in San Antonio, Multicultural Education and Counseling through the Arts in Houston, McDonald Library in Corpus Christi, and La Joya and Los Fresnos Independent School Districts in the Rio Grande Valley. The contest brought statewide and national acclaim through networks of music teachers, legendary musicians, strong organizational partnerships, and a great deal of media attention—from the Valley Morning Star to the New York Times, from KUTX to NPR, from live TV broadcasts in Houston, Dallas, San Antonio, Austin, and the Valley.

“I will miss all the friends, colleagues, and contacts I have made throughout the state and, indeed, the country in this role,” Ballí said. “I will certainly miss my Superstar Texas Folklife Team—Charlie Lockwood, Eugenio Del Bosque, and all our contractors, interns, and volunteers. Please support them and the board of Texas Folklife as they carry on the mission of this organization. It has been on of the greatest challenges and joys of my career to serve as Executive Director of Texas Folklife. Muchas gracias and blessings to you all.”

Texas Folklife is supported by the members and Board of Texas Folklife, the City of Austin’s Cultural Arts Division and the Office of Telecommunications and Regulatory Affairs, Texas Commission on the Arts, the National Endowment for the Arts, Houston Endowment, Stillwater Foundation, Shield Ayres Foundation, Humanities Texas, and the Miller Theatre Advisory Board.