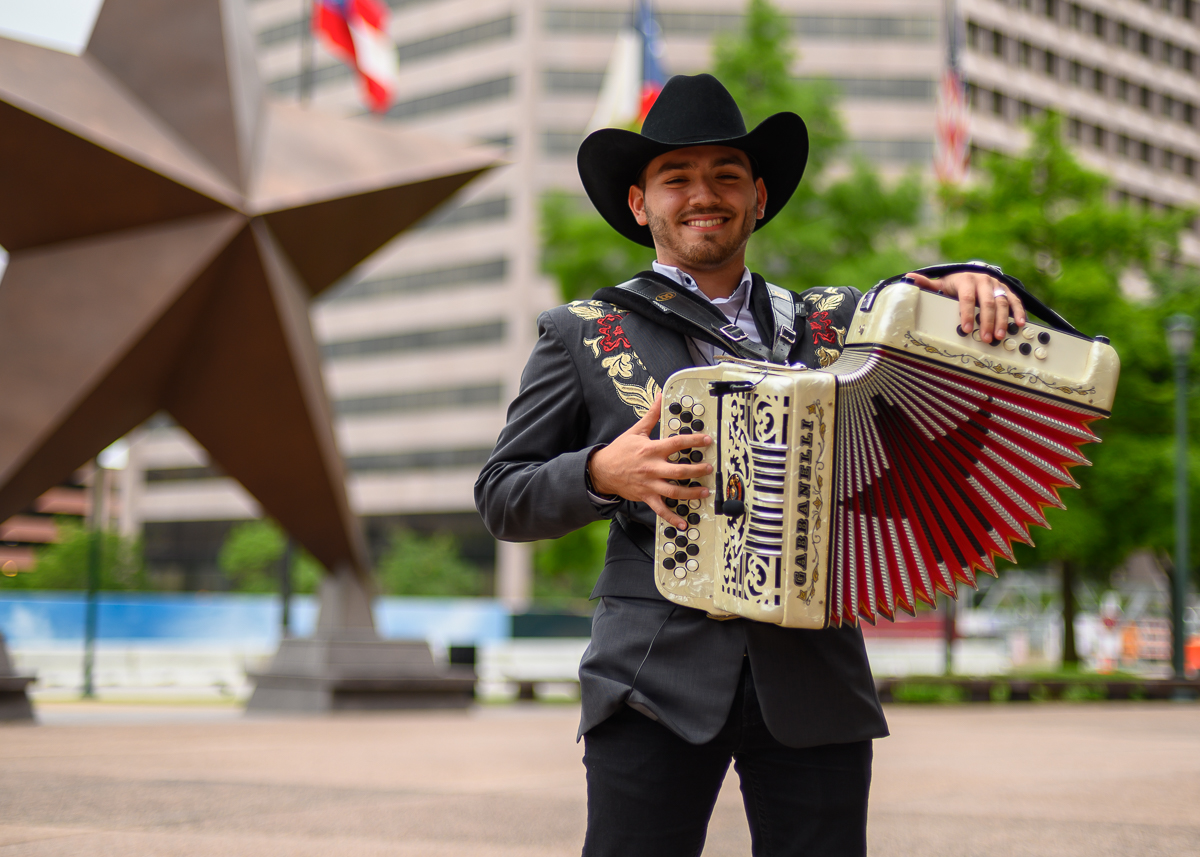 The 2020 Big Squeeze season began in February in Pasadena, Texas and spanned across the state seeking young accordion players in each of the traditional Texas accordion music genres including conjunto, polka, Cajun and zydeco. In March, the competition shifted the remaining programming and competitions to online entries in response to the COVID-19 crisis. Online entries have long been an element of participation — offering kids in remote areas an accessible opportunity to compete. Nearly 50 gifted youth accordionists — hailing from Dallas to Houston the Rio Grande Valley — entered this year’s contest.

Statewide semi-finalists in the conjunto category (the competition’s largest category) have been revealed and the lineup features a dozen talented young musicians from across Texas. Conjunto semi-finalists will then be narrowed down by a new group of judges and the finalists in all categories will be announced April 25 via social media.

Conjunto Semi-Finalists: 17 and Under

The 2020 Big Squeeze Finals Grand Prize winners will be announced on a Facebook Live event presented by Texas Folklife on Friday, May 1 from 3-4 p.m.  The winners will each receive a prize package and future performance opportunities. The live event will also feature recorded musical performances and additional programming elements.

ABOUT THE BIG SQUEEZE

The Big Squeeze is presented by Texas Folklife as part of its mission to preserve and present Texas’ diverse cultural heritage. Since 2007, Texas Folklife has promoted Texas accordion music genres through the Big Squeeze program. More than 300 young, talented players from dozens of Texas communities have participated in the program, which supports these vital community-based accordion music traditions. The 2020 Big Squeeze Program Director is longtime Texas Folklife producer and partner Sarah Rucker. Rucker produced the inaugural event in 2007 through 2011 and directed it from 2012-2014 and in 2019.

Texas Folklife (TXF) is a statewide non-profit organization dedicated to presenting and preserving the diverse cultures and living heritage of the Lone Star State. TXF is designated by the National Endowment for the Arts as the official folk and traditional arts organization for the state. Since 1984, TXF has honored traditions passed down within communities, explored the importance of traditional arts in contemporary society and celebrated the state’s vibrant heritage by providing arts experiences enjoyable and accessible for all generations. For more information, visit .texasfolklife.org or follow Texas Folklife on  Facebook and Instagram.