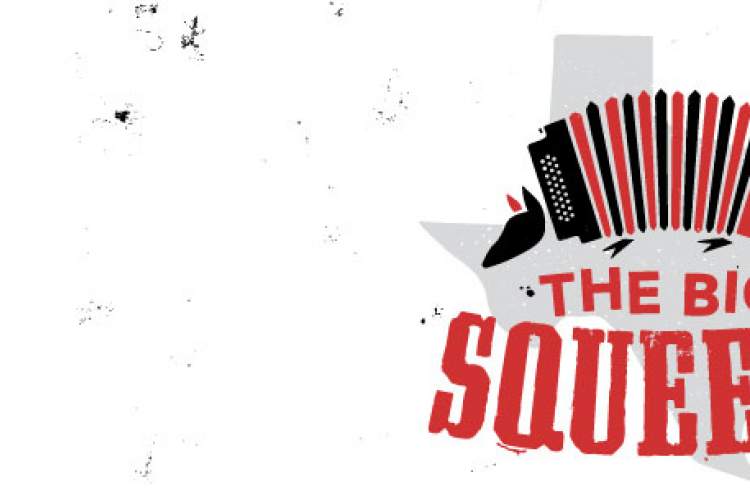 Our ninth annual competition invites young Texas players to showcase their talent and compete for one of three Big Squeeze Grand Prize Winners.

Austin, Texas – January 12, 2015 – Texas Folklife is pleased to announce its ninth annual Big Squeeze accordion contest for up-and-coming Texas musicians, 21 years of age or younger. The contest is one of the ways in which Texas Folklife carries out its mission to preserve and promote Texas’s diverse cultural heritage. The contest recruits players in all genres of the Lone Star State’s accordion-based music, including German, Czech, and Polish polka; Creole, Cajun, and zydeco; and conjunto, norteño, and Tejano.

In order to better nurture the young talent throughout the state, Texas Folklife restructured the popular contest last year to include three Grand Prize Winners. The contest takes to the road this spring in order to meet young accordion players in their communities and see them perform in talent showcases. Three Final Grand Prize Winners will be devoted to the three main accordion genres—polka, zydeco, and conjunto. The polka genre will include German, Czech, and Polish traditions. Zydeco will include Creole and Cajun musical traditions. And conjunto will include norteño and Tejano. The showcases will be free, open to the public, and feature performances by local musicians.

This year sees another new development in the contest. Tomas Salas has been chosen as the Big Squeeze contest coordinator. Salas has over 30 years experience in the performing and visual arts as a performer and an arts administrator. His experience includes serving as one of the founding members of the Mexican American Cultural Center and first director of programming, film programming director for Cine Las Americas, music program coordinator for Texas Folklife, and stage manager for the International Accordion Festival in San Antonio. Salas developed his love for accordion music at an early age as his grandfather was a promoter and organizer of conjunto dances in the Houston area. He brings many years of experience successfully presenting and promoting live music events in the state.

Nine finalists (three from each genre) will be chosen from the field of performers at the showcases (and those who send in their performances to Texas Folklife) by a panel of esteemed music professionals. Accordionists will be judged on their technical proficiency—skill in playing, and technical and musical accuracy—as well as their song interpretation (stylistic choices, innovation, and originality) and stage presence (level of comfort on stage and attention to personal appearance). The nine finalists will be announced on April 3.

The finalists will perform at the Bullock Texas State History Museum in Austin on Saturday, April 25, at a free concert and playoff. Three Grand Prize Winners will be selected. There will be one winner for each accordion category—polka, zydeco, and conjunto. All three winners will perform at Texas Folklife’s highly acclaimed annual Accordion Kings & Queens Festival at Houston’s Miller Outdoor Theatre on Saturday, June 6, 2015, with Texas roots music accordion stars and legends.

Interested players are encouraged to reserve a showcase slot at a venue in their region by contacting Texas Folklife. Those who cannot attend a showcase may also mail or e-mail their entries to arrive at Texas Folklife no later than April 7, 2015. The complete contest rules and entry forms are available online at www.texasfolklife.org or by calling (512) 441-9255.

The three Big Squeeze 2015 Grand Prize Winners will receive a prize package valued at more than $4,000, including a cash prize, a brand new Hohner accordion, performance opportunities in Austin and Houston, publicity, professional development, and other professional opportunities.

“This year we are excited to announce our first-ever Big Squeeze ‘Czar,’” says Executive Director Cristina Ballí. “Tomas Salas, will be in charge of all aspects of this popular, important contest that is dear to our hearts here at Texas Folklife. Tomas has worked with Texas Folklife over the years in several of our programs and we are lucky, indeed, to have him back in the organization and leading the charge to keep the national instrument of Texas alive and well.”

The Big Squeeze is supported by the members and Board of Texas Folklife and by Hohner, Inc.; by grants from Texas Commission on the Arts, the City of Austin through the Cultural Arts Division, the City of Houston through the Miller Theatre Advisory Board, the Houston Endowment, and Texas Gas Service. Additional support is provided by regional businesses including Hacienda Records, and Frank+Victor Design.

Texas Folklife is a statewide non-profit organization dedicated to presenting and preserving the diverse cultures and living heritage of the Lone Star State. For 30 years, Texas Folklife has honored the authentic cultural traditions passed down within communities, explored their importance in contemporary society, and celebrated them by providing accessible and joyful arts experiences.