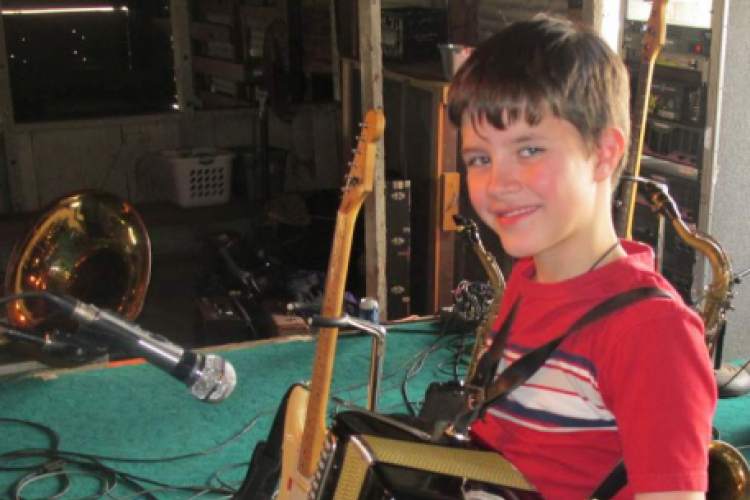 Where are all the young polka players?

Texas Folklife, Texas Dance Hall Preservation, Inc., and the Texas Czech Heritage and Cultural Center hosted a small gathering of local cultural leaders interested in developing the next generation of polka musicians and supporters.  For seven years Texas Folklife has been producing a state-wide accordion contest, the Big Squeeze, for youth in all genres of Texas traditional music, and polka music has been notably absent in the contest.  Whereas Texas Folklife has uncovered hundreds of young accordionists in the conjunto genre and dozens in zydeco, extensive outreach efforts in polka music has generated only five young accordionists in the entire state.

The group discussed several perceived problems and obstacles to the preservation and promotion of the music, but also noted strengths in a still vibrant cultural community and brainstormed on possible strategies moving forward.  Highlights of the discussion were as follows:

Music Education/Schools: the first thought in brainstorming ways to teach polka music was having collaborations with schools.  Some existing programs were noted, like those in Ennis and various German and folk dance clubs, but it is still felt that much more can be done.  Successful models already exist in other cultural genres, like JAM, Junior Appalachian Musicians, which is an afterschool/weekend program which encourages, not forces, children to learn the music; French bilingual education efforts in the Cajun community; and conjunto music education programs given for fine arts credit in various school districts in south Texas. It was suggested that a music education system be set up at church picnics where instruments, including accordions, be available under a tent for kids to pick up, play with, and possibly jam.

Dance Halls/venues: there is an extremely vibrant and positive scene in central/east Texas with the church picnics; that seems to be the one place where entire families, in several generations, come out to have a good time.  Private venues and dance halls are not always so child-friendly; it was suggested that all youth under 18 be admitted free to polka dances, if the community wants the tradition to continue.

Image: the accordion suffers from a national image of ridicule, often encouraged by mainstream media, and as noted by parents and grandparents in attendance at the meeting, young people sometimes label polka as “old people’s music.”  Yet there is evidence of the accordion going through somewhat of an image “makeover” with fresh, invigorating artists such as Mollie B bringing national attention to polka music.  Social media and website campaigns specifically with youth design in mind could help.  There’s also evidence of traditional music, and the accordion itself, being embraced by “hipsters” who are purchasing accordions through the popular clothing brand Urban Outfitters.  Other traditional styles of music which also suffered from an image problem have undergone big revivals among young people, such as old time music and square dancing in urban centers like D.C. and Portland.

Community - Public Programs, Cultural Leaders, Networks:  Margolies stated, “perhaps the most important pieces of positive change are in place, which is a group of knowledgeable, committed, and energetic members of the communities which seek to reverse what they themselves have identified as a problem. There is no question that the community is vibrant and committed to its roots in community, food and music.  This is in many ways a moment of great future potential rather than a point of decline.” More public programs, such as community residency programs, apprenticeships, festivals, can only help, rather than hurt, the proliferation of the music.  Musicians always want more gigs to play in, not less.

Texas Folklife is eager to work with local communities to develop the next generation of polka musicians.  Anyone interested in helping can contact Cristina Ballí at cballi@texasfolklife.org or (512) 441-9255.

We leave you with this video of the youngest Texas polka band on the scene - The Moravians from Enniss, performing at the 2013 National Polka Festival.