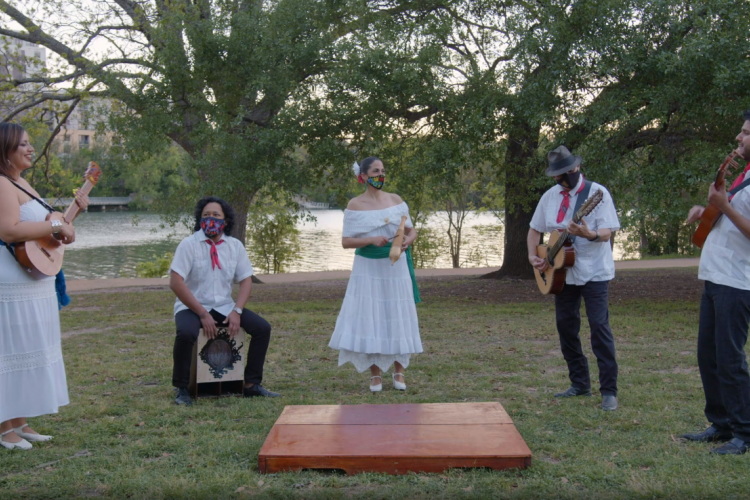 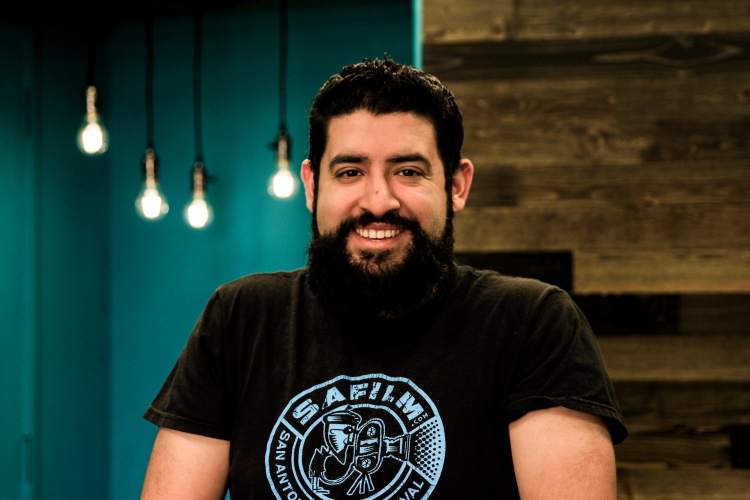 Naomi Caballero spearheaded the outreach and production efforts on this PSA, activating all of in companions of Güateque Son, a dynamic Austin-based band specializing in Son Jarocho style folk music from the state of Veracruz, Mexico with a Tejano edge. Ballet Folklórico de Austin, with Julieta Caamano leading and assisting with production, contributed their skillset at their usual gathering space: the Emma S. Barrientos Mexican American Cultural Center, while Beto Martinez recorded, mixed, and mastered the track at Lechehouse Music. As shared by Naomi, “‘El Cascabel’ (‘The Rattlesnake’) is a song about love, loss, and hardship. It uses the rattlesnake as a metaphor to talk about death and mortality… and has existed for several hundreds of years” with the verses passed down between generations. “This [song] made me think of COVID-19 and the risk we take each day to go out into the world and live during these strange times.” Videographer Joe Rocha has worked on projects ranging from the nationally-aired PBS show ‘BBQ with Franklin’ to the Emmy award-winning series ‘Austin Revealed’, and captured and edited each of these contributors into the final formats you now enjoy. In reflecting on this project, Naomi stated: “We had an amazing time completing this project.  It brought life back into our band and we are forever grateful for your monetary support to do this work and continue as artists, healers, historians, and cultural anthropologists… able to focus on the impact COVID 19 had on our Latin@ community.” We extend our thanks to Emily Timm, Jennifer Toth Clary, Juan Benitez, and the rest of the Workers Defense Project team, as well as Ricardo Garay from Dell Medical’s Neighborhood Health Initiative, who also contributed energy and insight to this effort.  This PSA was funded by Austin Public Health. Share This Video!  Media Contact with Questions? Click here