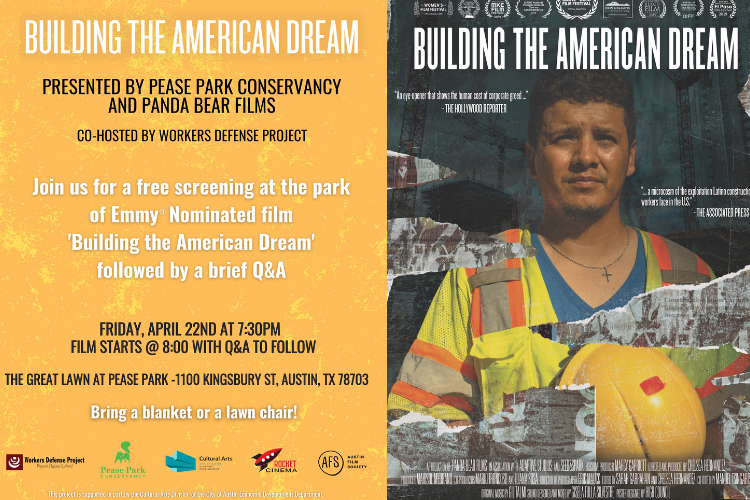 *This is not a Texas Folklife Event*

Tickets: This event is FREE and open to the public! RSVP on Eventbrite.

RSVP For This Free Screening

Join us at the Great Lawn in Pease Park for a free screening of the film, followed by a brief panel discussion.

Film will start at 8:00pm followed by a short Q&A. Bring a blanket or lawn chair!
Panel speakers: TBD