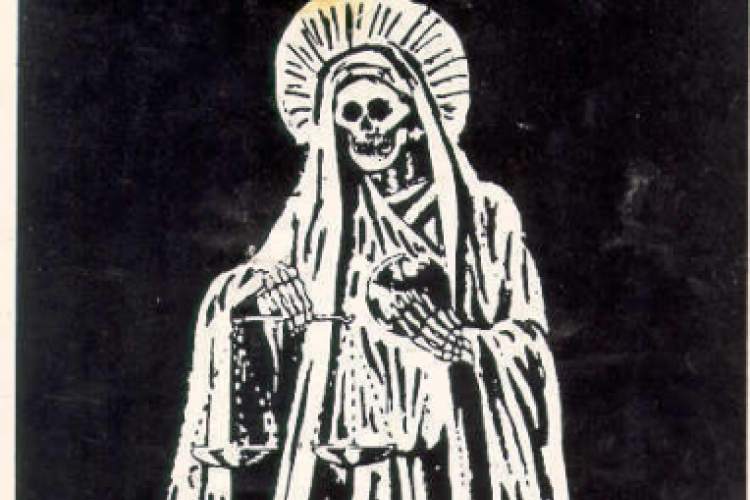 A relatively new and controversial folk saint has emerged in the Americas ˆ La Santa Muerte (Saint Death or Most Holy Death,) a syncretic version of the European grim reaper influenced by Meso-American views on death and folk religion. Most media accounts of Santa Muerte focus on the faith practices of traffickers and murderers, but in reality her devotees include millions of people not involved in the drug trade. They see her as an efficient miracle worker and healer in their lives.

Cristina Ballí, Executive Director of Texas Folklife, a statewide folk and traditional arts organization, and filmmaker Deborah Esquenazi (The San Antonio Four) are producing a short documentary on the development of this folk belief in Texas. They will present their ongoing research, funded in part by Humanities Texas, and demonstrate what a typical Santa Muerte altar looks like. A list of scholarly resources on the subject will be provided, and connections will be made with Jungian analysis on this saint representing the dark feminine archetype.

BookWoman is Austin's feminist bookstore.  Their monthly series, "Getting to Know the Goddess" features goddesses and goddess archetypes throughout history.