Hot Club of Cowtown at The Continental Club 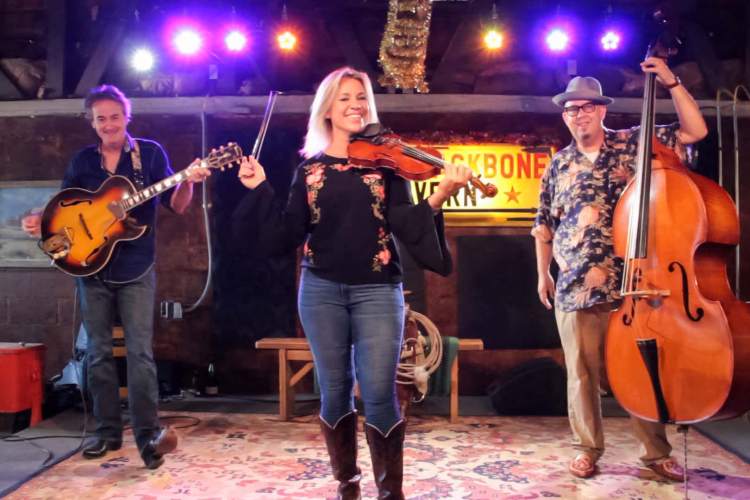 Hot Club of Cowtown at The Continental Club

*This Presentation is presented by an artist team from our 2022 Apprenticeships in the Folk & Traditional Arts Program. This event is not a Texas Folklife Event*

Tickets: This is a free event open to anyone over the age of 21

Whit Smith (2022 Apprenticeships Mentor Artist) and Hot Club of Cowtown (Hechos, No Miedo|Facts, Not Fear Collaborators) are performing at Austin's Continental Club! Don't miss out on an incredible performance starting at 6:30 PM! There is no cover, but this event is only open to patrons 21+.

Since its beginnings in the late 1990s, the Hot Club of Cowtown’s star has continued to rise as its reputation for jaw-dropping virtuosity and unforgettable live shows has become the band’s global brand. Lauded for its “down-home melodies and exuberant improvisation” (The Times, London), the Hot Club has always woven a combination of seemingly disparate styles together to its own magical effect, setting up camp “at that crossroads where country meets jazz and chases the blues away” (The Independent), remaining “conscious always that above all else, the music is for dancing and an old-fashioned good time” (New York Times). The band’s musical alchemy has been described as “another breathless journey in the Texas tardis” (The Times, London), while American Songwriter observed that “the excellent three players of this band could be doing anything but have chosen to honor the greats of jazz and swing with their sound.” The Belfast Telegraph calls the Hot Club of Cowtown “a pretty much perfect country trio at the very top of their game,” and the New York Times, in a live review the trio as armed with “an arsenal full of technique and joy.”

This program is made possible in part by the board and members of Texas Folklife and from a State Partnership award from the National Endowment for the Arts, which believes a great nation deserves great art, in partnership with the Texas Commission on the Arts. Additional support was provided by the Cultural Arts Division of the City of Austin Economic Development Department.