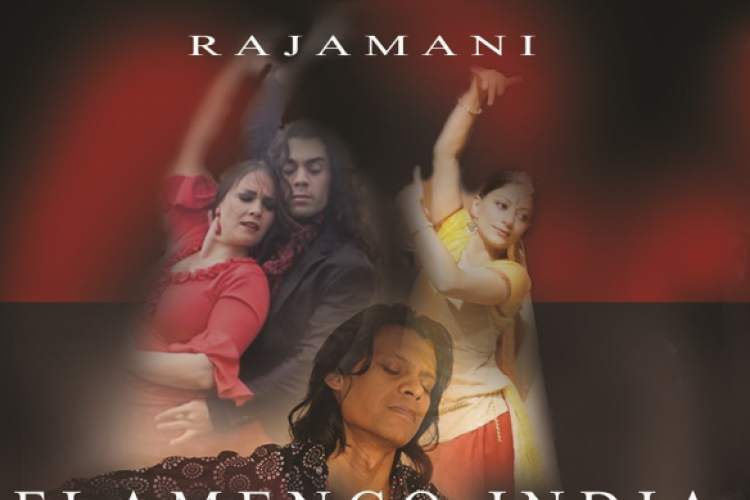 TICKETS FOR THIS EVENT ARE SOLD OUT!
Please stay tuned for more screenings and performances with Oliver Rajamani

“Flamenco India” is an innovative musical journey into the deep and historical Indian roots of Spain’s Gypsy flamenco created and guided by award-winning Austin, TX based artist Oliver Rajamani.

Rajamani has been honing his unique interpretations of flamenco and Indian music by adding new rhythms and melodies and composing original pieces of music not found anywhere. With deep knowledge in both flamenco and Indian traditions and lauded by many in the musical field including the great Paco De Lucia for his original Indo-flamenco creations, Rajamani is one of the very few artists in the world who has been shedding light on the Indian roots of Spain's Gypsy flamenco music and dance before it became a commonly recognized concept.

Rajamani's documentary film incorporates the history of how flamenco and Roma culture influenced the Americas, especially Mexico and Texas.  Flamenco India charts the cultural history of Texas and the people who settled here, featuring interviews with a variety of scholars and artists.  The film also brings focus to the World Romani Center, located in Austin, the world's largest historical Romani archives.

With "Flamenco India", Rajamani enhances the Indian roots to the flamenco experience by adding new Indian rhythmic, melodic and dance concepts not found in traditional flamenco. Rajamani takes his audiences back to the original ancient roots of Roma/Gypsy genetics and music which begins in the ancient deep mystical lands of Southern India, then migrating to Rajasthan and Spain.

Parking is available in Texas Folklife's gravel driveway, on street immediately in front of building, and Asterra Properties (located next door). Overflow parking available at Recycled Reads (5335 Burnet Rd). Please use spaces in the back or on the south side of the Recycled Reads building.
This program is made possible in part by support from the board and members of Texas Folklife, The Texas Commission on the Arts with an award from the National Endowment for the Arts, which believes that a great nation deserves great art, and the Cultural Arts Division of the City of Austin Economic Development Department.
This is a:
Texas Folklife Event