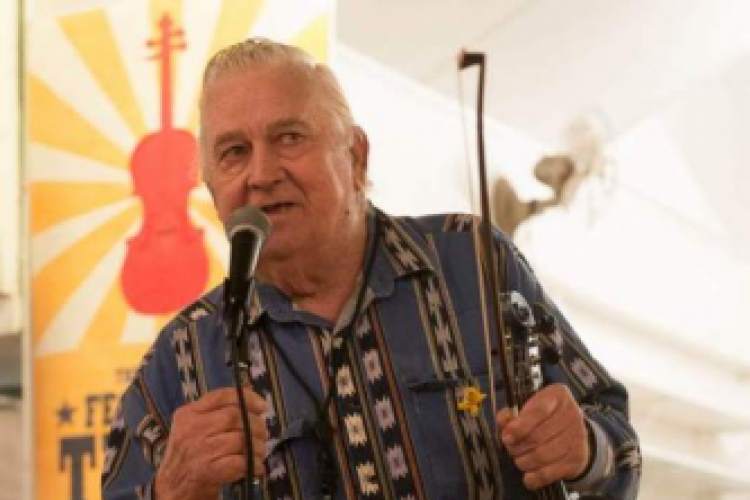 Daniel Cendalski, born December 13,1940 is the last of the active traditional fiddlers of Polish music in Washington County,Texas. His immigrant grandfather, Stanley, who arrived in Texas in 1895, played Polish songs on both the clarinet and button accordion. Stanley had four sons, all of whom were musicians, including Daniel's father, Mitchell. Stanley and sons started playing for the area Polish population in 1918 and were active for many years.

Daniel's first public appearance as a musician was at a birthday party in 1947 at the age of seven. Daniel on rhythm guitar with his older brother Bruno playing bass lines on the cello backed their father Mitchell, who had become a very sought after fiddler in the region. This second generation group lasted until 1957. It was also during this period that Daniel and Bruno also became fiddlers in addition to playing their backing instruments.

In 1957, Daniel joined the popular Brenham,Texas based dance band, Randy and the Rockets as a lead guitarist and occasional vocalist. The group was fronted by singer and local radio DJ, Randy Reets. The Rockets also included Daniel's cousins, Pete and Tado Kwiatkowski. Randy and the Rockets played a variety of music from rock n roll, country, Polish, and even Czech music. The group recorded three Polish 45 RPM singles, including the song known as the "Polish National Anthem of Texas", The New Chappell Hill Special. It is also interesting to note that Cendalski- Kwiatkowski cousins were "double cousins" in that Daniel's mother Carrie was born a Kwiatkowski and the Kwiatkowski brother's mother was a Cendalski. Between the two families was a wealth of Polish songs passed down through the generations. In 1984, with brother Bruno on fiddle, Daniel on guitar, cousin Tado on bass, and mother Carrie on vocals, the family made a homemade private tape of every Polish song they could remember. It was from this tape, along with a visit to the Cendalski homestead in 1991 in William Penn, Texas, that well known Texas-Polish fiddler Brian Marshall learned much of the Polish music repertoire associated with Washington County.

After leaving Randy and the Rockets in 1972, Daniel played in local Brenham country group called Leon and the Rhythm Aces for five years. Since 1977 Daniel has fronted his own group, Daniel and the Country Boys. The group, also based in Brenham, plays a mixture country, Polish and also Czech tunes. Daniel handles Polish and English vocals, lead guitar, and fiddle. They have recorded several self released CDs, including two volumes of Polish songs. Daniel retired from playing music in 2013. The retirement lasted for about two weeks. Today, nearing the age of 75, he shows no sign of slowing down. You can still find Daniel fiddling and singing the Polish songs learned from his ancestors at a family reunion, church bazaar, or public dance. You may also see him cruising down a Washington County back road with musical equipment loaded in his unrestored brush painted 1963 Chevy Impala, which has 565,000 original miles.