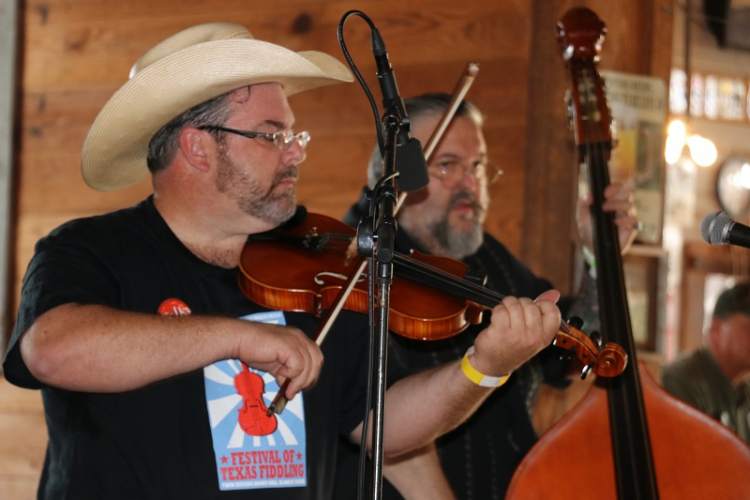 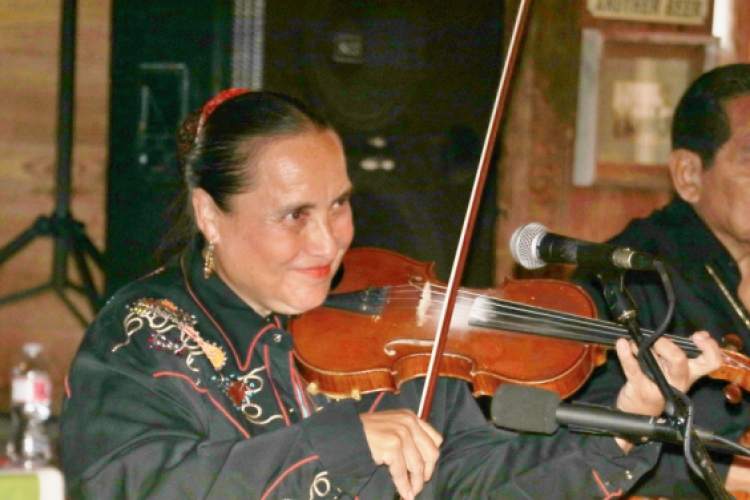 Austin, TX—December 7, 2017—Texas Folklife and The Festival of Texas Fiddling are proud to announce the winners of the 2017 Texas Master Fiddler Awards. Two awards were given to master fiddlers who have carried on and lovingly preserved their genres of Texas traditional fiddling. Brian Marshall of Tomball won the award for his mastery of Texas Polish fiddling, one of the most unique styles featured every year at the Festival. Belen Escobedo of San Antonio won the award for her singular accomplishment as a fiddler of traditional Mexican-American music.

Brian Marshall is widely recognized as the most important Texas Polish musician of his generation. Drawing on family musical traditions, he has made transformative efforts to sustain the musical and cultural traditions of this important Texas regional style. Marshall learned directly from master musicians across Texas Polonia and has developed an unsurpassed understanding of the music and an unmatched virtuosic style of playing. He has recorded for Arhoolie Records, and has been the recipient of numerous other honors recognizing his music and cultural contributions. Marshall also served as a master artist in the Texas Folklife Apprenticeship program.

Belen Escobedo plays a rare and beautiful style of Mexican-American fiddling which has almost disappeared despite once being very widespread in the borderlands.  As a result of single handedly keeping alive this tradition, Escobedo is now recognized as one of the most significant fiddlers in the state, and she is now receiving widespread attention around the country.  Escobedo is unique as a fiddler playing conjunto style music with bajo sexto, a 12 string bass, and a tololoche, a Mexican upright bass. Escobedo knows a large variety of music encompassing styles of borderlands fiddling from 19thcentury Mexican polkas to cumbias, mariachi pieces, and Norteño music to old San Antonio pieces she learned from her grandfather’s whistling.

The past recipients of the Texas Master Fiddler Awards were Daniel Cendalski, a legendary Washington County Texas Polish fiddler, and Jose Moreno, a Mexican-American fiddler of borderlands music from San Benito, Texas.

In addition to being named “Masters of Texas Fiddling,” Marshall and Escobedo each received a cash award and a handmade custom belt buckle.

“It is a real honor to award the 2017 Master of Texas Fiddling awards to Brian Marshall and Belen Escobedo,” said Festival of Texas Fiddling founder and artistic director Dan Margolies.  “These are precisely the kind of virtuosic fiddlers this Festival was created to highlight and celebrate.  These awards honor the skill and commitment of two incredible traditional musicians who help sustain unique styles of music”

The Third Annual Festival of Texas Fiddling was held on Saturday, December 2, 2017, at historic Twin Sisters Dance Hall in Blanco, Texas.  It was a well-attended and highly successful event with concerts held throughout the day by master fiddlers playing old time, Western Swing, Texas Polish, Son Huasteca, blues, and Texas-Mexican (Tejano). Bobby Flores and the Yellow Rose Band capped off the Festival with a Western Swing dance on Saturday night.  The Third Annual Festival of Texas Fiddling is sponsored by Texas Folklife, Humanities Texas, the state affiliate of the National Endowment for the Humanities, Texas Music Office, Center for Popular Music at MTSU, Twin Sisters Dance Hall, Alamo Music Center, and Ranch Connection.

For more Festival information, visit our webpage at http://thefestivaloftexasfiddling.com or Texas Folklife at www.texasfolklife.org/event/ftf2017