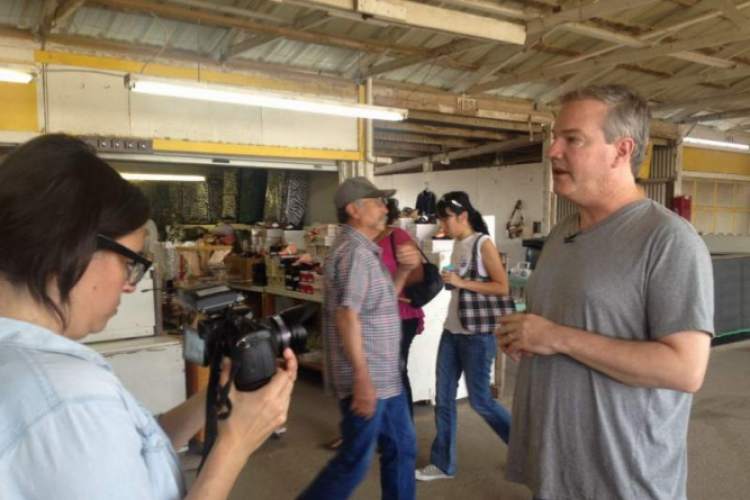 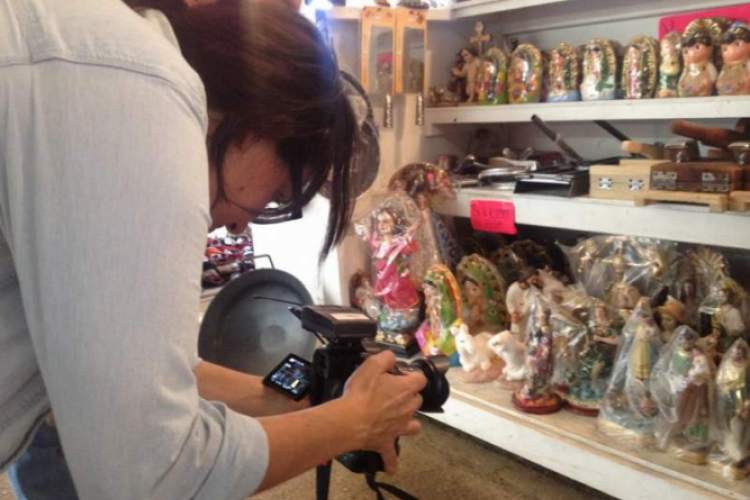 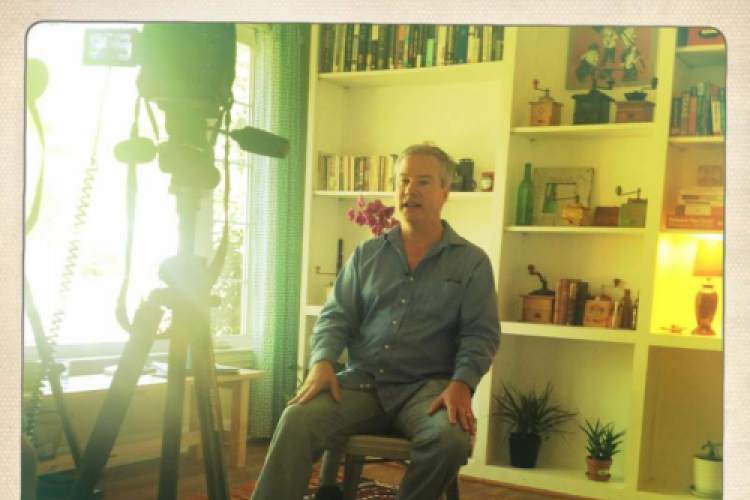 Professor Andrew Chesnut visits Texas Folklife staff to inform the research on our latest documentary - a look into the devotion to La Santa Muerte in Texas.

Professor of Religious Studies at Virginia Commonwealth University, Dr. Andrew Chesnut has authored the book Devoted to Death: Santa Muerte, the Skeleton Saint.  A grant from Humanities Texas supported a consultancy with Dr. Chesnut where he traveled to Austin and together with TXF staff - Executive Director Cristina Balli, Film Director Deborah Esquenazi, and Program Coordinator Charlie Lockwood - explored the city of in search of this popular saint.  She was found in many places in the capital city, including Fiesta Supermarket where she takes at least half of the space in the religious votive candles section and the stands of merchandise outside the store.  She was also found at Green and White Grocery in Austin's east side and the 290 flea market.

Dr. Chesnut confirmed our initial theory that devotion to this increasingly popular saint is alive and well in Austin as in the rest of Texas.  TXF first became aware of the presence of this saint through our youth radio program, Stories from Deep in the Heart, where students at Eastside Memorial produced a short audio piece on their encounter and knowledge of this saint (link below.)

From border cities to the urban centers of Houston and Dallas, this increasingly popular folk devotion is attracting much attention - both positive and negative - and through this documentary Texas Folklife hopes to take a closer look and try to understand this phenomena.