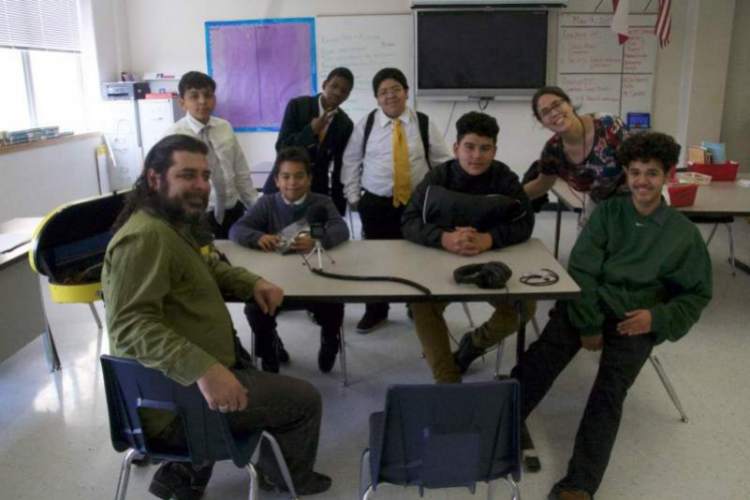 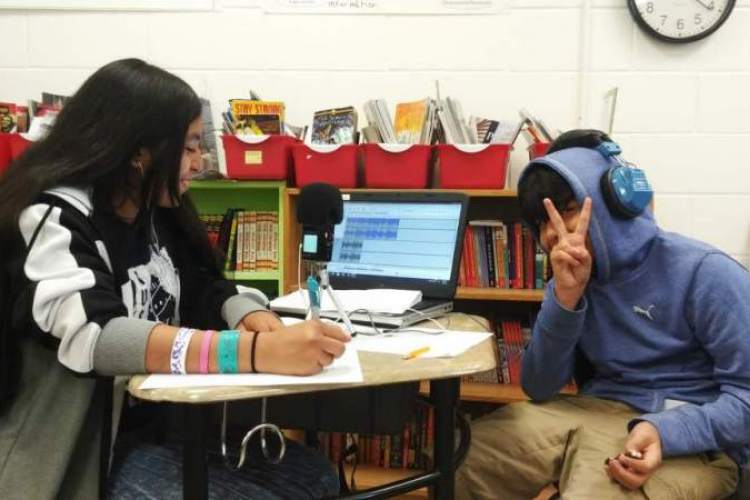 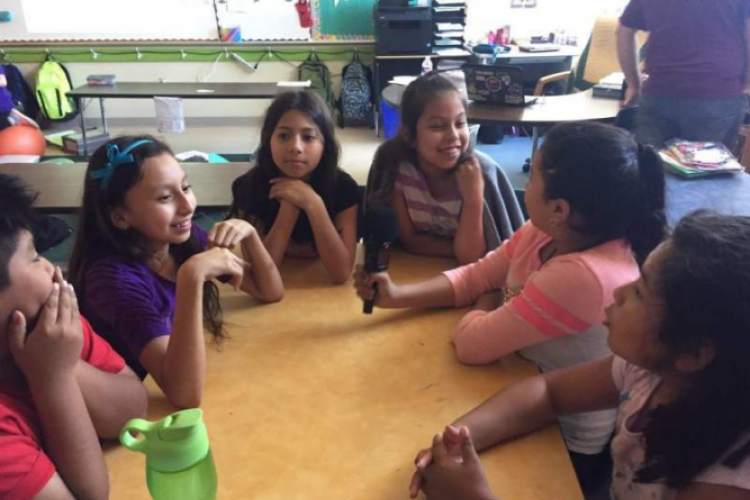 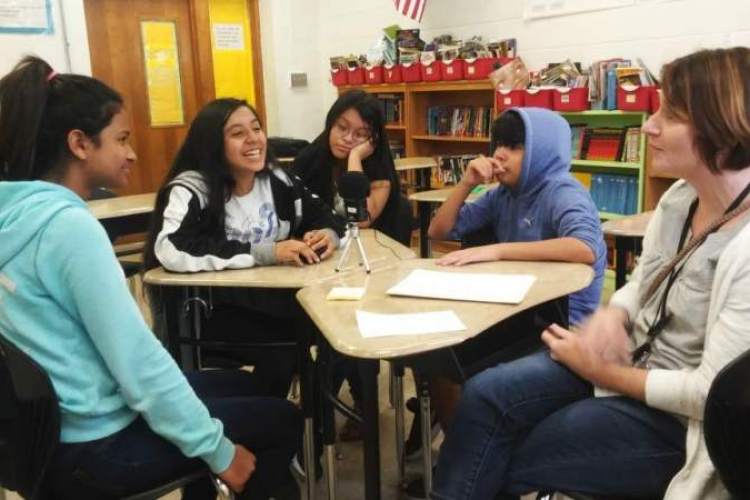 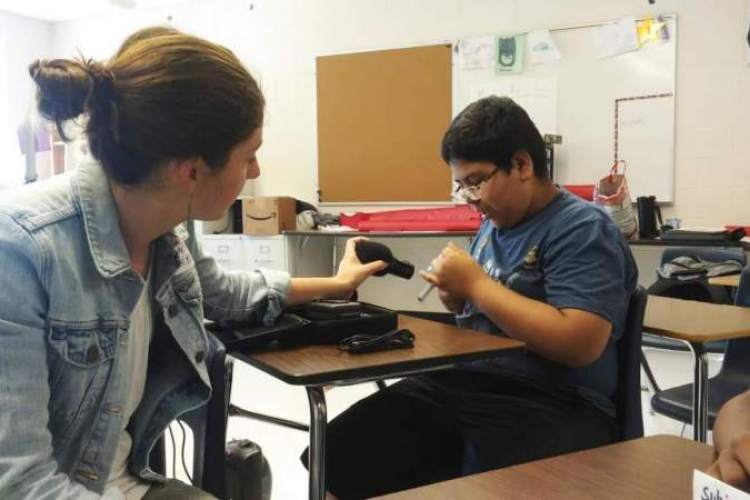 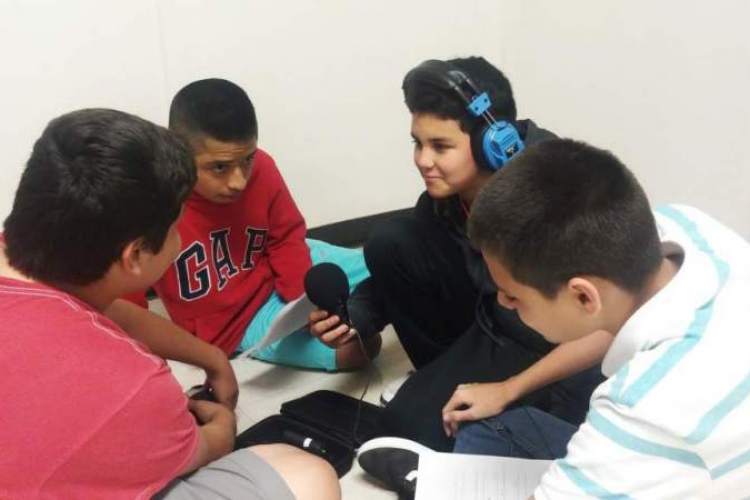 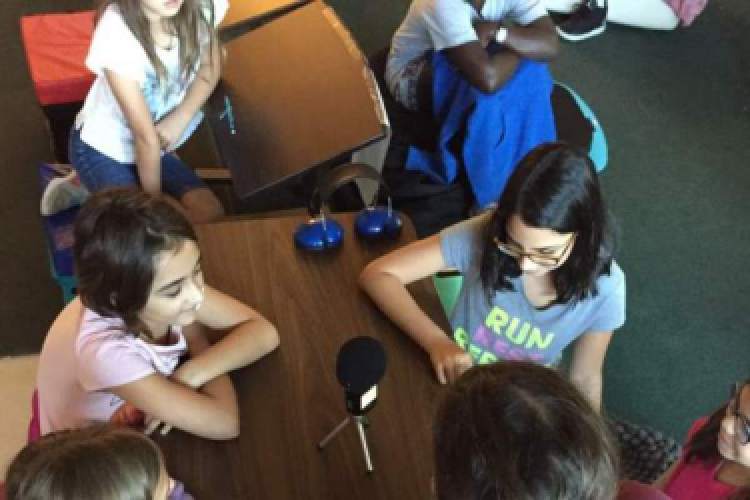 After a year of work in five Austin schools, Texas Folklife has released a series of 18 original youth-produced radio stories. The stories come from across the entire span of the city. They cover a diverse array of issues such as Latinx heritage, pro football careers, children’s improvised roleplaying games, family recipes, immigration, ghost stories, and religious devotion. These were produced as part of “Stories from Deep in the Heart”, Texas Folklife’s award-winning media education program.

The first series, produced by students at the Innovation Academy at Martin Middle School, was started in the fall of 2016. Martin students worked in their communities to collect raw, first-person testimony from their neighborhoods. Some kids discussed family loss as related to Dia de los Muertos, while others discuss how life changed emigrating from the Congo. Other stories deal with the importance of family help when making good tamales, and of course, no series set at Martin is complete without an exploration into the school’s long-running ghost legends, as retold by a new generation of students.

Students at Fulmore MS and Gus Garcia YMLA were charged with a daunting task. In just under two weeks, they had to learn all about recording technology, prepare a set of questions for their interviewee, record an interview, then use audio editing technology to turn the finished interview into a polished public-radio style piece. The time frame, the last two weeks of school, made these projects some of the most challenging projects that students in the Stories program have ever completed. Nonetheless, all groups managed to complete and polish their stories, with guidance from Texas Folklife and the “Stories from Deep in the Heart” team.

Fulmore Middle School’s series, produced with Fulmore teacher and former Stories Summer Institute participant Dani Brandimarte, explores the folklife found around the school. A profile of Coach Molina reveals the hardship and struggle of growing up poor, while also celebrating the life of the two coach Molinas and their legendary impact on his hometown. Ms. Ozuna’s story explores the social complexities of growing up Latinx and learning Spanish later in life. Altogether, the five pieces from this year’s Fulmore set are strong profiles of characters around Austin education, striving their hardest in trying times to bring passion to teaching.

At Gus Garcia Young Men’s Leadership Academy, students under the direction of teacher and former “Stories Summer Institute” participant Ria Ferich gathered a diverse set of stories on Austin cultural icons. Local world music legend Roberto Riggio plays his violin in styles from around the world for three young musicians. Eazy Boi, a local hip-hop artist who works at the school, talks about career and life lessons. What comes through these stories is students engaging with the world around them in new ways, uncovering hidden talents in their neighborhood and in themselves.

Finally, a single piece from a workshop at Baldwin Elementary made its way into the mix. During a Podcasting Techniques demonstration, a Texas Folklife producer learned from Lauren Linahan’s 4th grade students about Warrior Cats Roleplay, an elaborate, hierarchical, but also completely improvised schoolyard game based on a series of books by Erin Hunter. This story is an explanation from one of the game’s 4th grade founders about its origins.

This year’s “Stories from Deep in the Heart” productions have been defined by a growing sense of purpose to media education. The Stories team has taken on new challenges as they redefine the scope of Texas Folklife’s media education program. Over the past school year, 300 students, 51 teachers, and 42 community participants have learned audio production from the Stories team, resulting in exactly 100 broadcast-quality podcast segments and audio documentaries. We have redoubled on our commitment to working with kids to tell authentic stories, giving them the tools to take ownership of their community heritage while taking creative control over the media they produce. We hope you enjoy these student productions as much as we did.

“Stories from Deep in the Heart” is supported in part through grants from the Texas Commission on the Arts and an award from the National Endowment for the Arts, which believes that a great nation deserves great art; the City of Austin through the Cultural Arts Division and Department of Telecommunications & Regulatory Affairs Grant for Technology Opportunities (GTOPS); and generous support from the Austin Independent School District and KUT News 90.5FM.