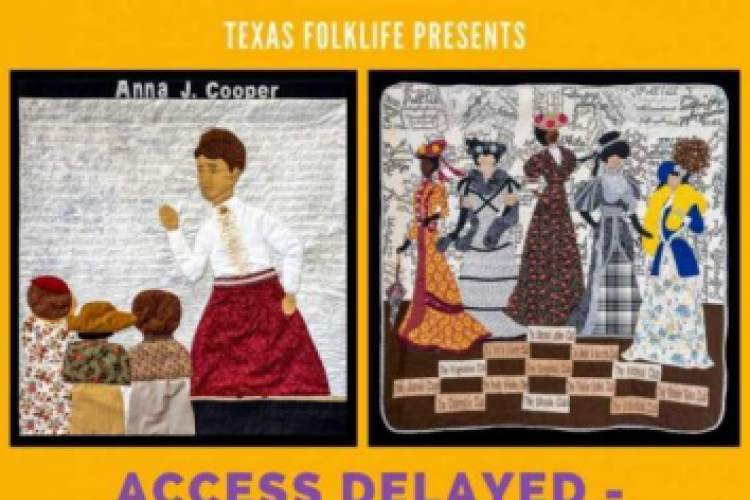 Available to View Online at https://arcg.is/u9WvX and embedded below

Texas Folklife virtually exhibits a curated collection of quilts created by Quilt Friends Collective, comprised of African American quilters from across Texas, Ohio, and Florida. The quilts are intended to educate, celebrate and recognize some of the African American suffragists who influenced and contributed greatly to the suffrage efforts to gain the right to vote for ALL women with the ratification of the 19th Amendment though they remained disenfranchised until the Voting Rights Act of 1965.

Though African American women organized, fought, and marched for the right to vote alongside the women attributed to the 19th Amendment, women like Susan Anthony, Elizabeth Stanton, and Alice Paul, the accounts of influence and contribution of women like Ida B Wells, Mary Church Terrell, Sojourner Truth were largely ignored and not credited in the written history of Woman’s Suffrage. Currently, there are ongoing efforts to correct the record to include the contribution of African American suffragists. This exhibit is one such effort.

This exhibit marks the 100th anniversary of the passage of the 19th Amendment giving some women the right to vote and celebrate Women’s History Month, whose theme this year is Valiant Women of the Vote.