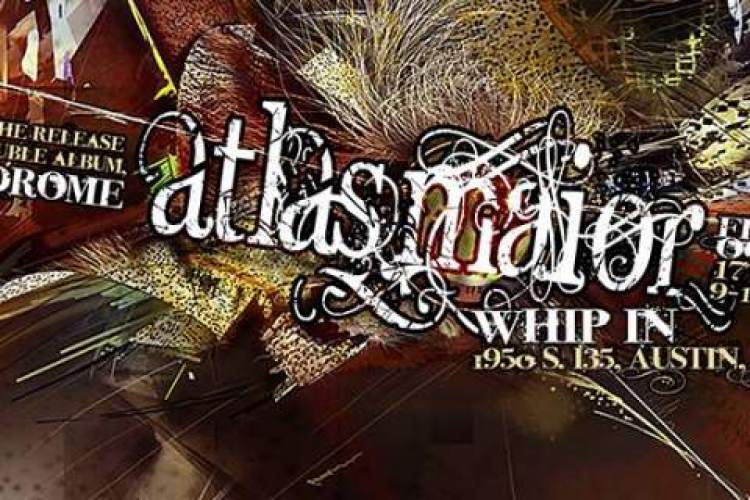 On Friday October 17th, Atlas Maior will be releasing a double album titled "Palindrome" at Whip In. After months recording, an international tour, and copious amounts of editing, the band is ready to celebrate.Atlas Maior will be paying tribute to this improvised album by featuring several guest musicians during their live performance. Together they will explore composition, and improvisation inspired by this new double album. About Palindrome:During a two-month recording process at Bell Tree Recording Studio in Austin, Texas during Summer 2013, Atlas Maior experimented with a variety of instrumental and sonic arrangements, exploring different methods of improvisation and cosmologies of sound. Many of these exercises explored themes of symmetries in sound through different instrumental arrangements. The result of these sessions is Palindrome, Atlas Maior's 2014 two-disc album comprised entirely of live improvised material from these studio sessions. The album also features instrumentalist and recording engineer Gary Calhoun James (double bass, harmonium) and special guests Sari Andoni ('ud) and Bob Hoffnar (Pedal Steel).

The release of Palindrome caps off an exciting year of growth for Atlas Maior, which included an international tour in Turkey and Spain, placement of a track from Palindrome in Marrakesh, Morocco's 5th Biennial Art Festival, and a proclamation by Austin's City Council of Atlas Maior Day on March 27, 2014.