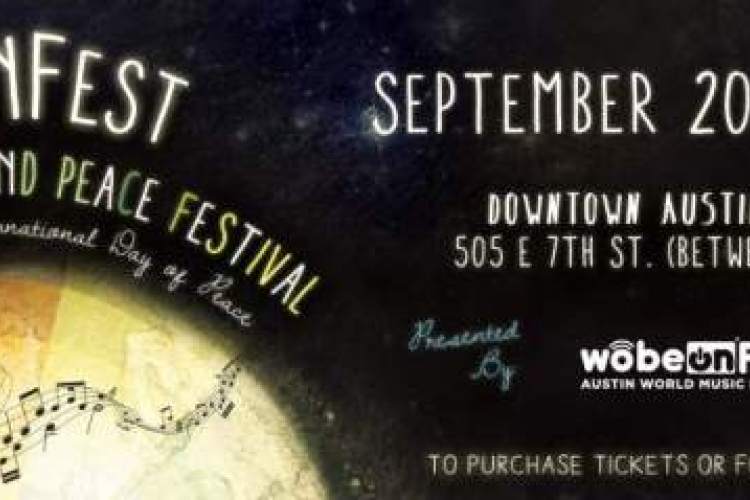 Texas Folklife is proud to be a community partner at WOBEONFEST 2014.  Get your tickets now and receive a special 10% discount!

Here is the current WobeonFest 2014 artist lineup (in alphabetical order). A few more performances may be added in coming weeks

Anthropos Arts was founded to address a need in Austin for high-quality music education for low-income and at-risk students. Our founder Dylan Jones conducted research documenting interest among low-income students to pursue music education, as well as the financial barriers they faced. He... Read more

ATASH is a brotherhood of musicians from diverse cultural backgrounds. From its predominantly Middle-Eastern roots, the band’s sheer diversity reminds us that we are all bearers of unique cultural traditions rooted in different geographical places. Yet the budding, cross-cultural language that... Read more

Dendê is a percussionist, singer, composer, bandleader, teacher, and multi-instrumentalist. He’s been a professional musician since the age of 14, when he appeared in the frontline of Timbalada, Carlinhos Brown’s superstar percussion ensemble. Read more

Named Jordan's “Musical Ambassadress”, jordanian virtuoso Farah Siraj balances a career that spans the United States, Europe and the Middle East. Farah has performed at some of the world's most prestigious platforms, including the United Nations, Nobel Prize Hall, the World Economic Forum, the TV... Read more

"Kiko Villamizar was born in Miami to Colombian parents and was taken to the Andean city of Medellin, Colombia when he was small and raised there. He learned Latin American folk music through the oral tradition of his family and then went back to Miami to study jazz after high school. Then he... Read more

"Maracatu Austin is a percussion group that focuses its studies on the many diverse rhythms from the Northeastern culture of Brazil (Pernambuco). Led by Austin drummers extraordinaire Michael Longoria and Bruno Vinezof, [Maracatu Austin's] goal is to create cultural awareness and and community... Read more

"Born and raised in Luanda, the capital city of Angola Southwest Africa, Vivalda Dula a singer, songwriter and percussionist, has used her passion for the arts and for Angolan traditional culture to lock her place in the World Music stage. Read more

"The inevitable result of a talent-soaked soul and jazz community, The Funky Knuckles are taking the sound of Dallas to an entirely different level. The band is comprised of sidemen from some of the biggest artists in the industry (Beyonce, Erykah Badu,Chrisette Michelle, Talib Kweli, P Diddy, etc... Read more
LISTEN To WOBEON Founder Jakes Srinivasan discusses the origins of WOBEON, WOBEONFEST, and the power of Austin's world music movement!
This is a:
Non-Texas-Folklife Event