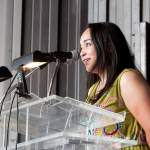 Elements of an altar to La Santa Muerte

Our presentation at BookWoman inspired us to build a mini altar to the Santa Muerte as demonstration.  We got most of our information from Andrew Chesnut's book, "Devoted to Death," and from a documentary by Mexican filmmaker Eva Aridjis.

Here's a list of items that are typically seen in a Santa Muerte altar, and pictures of our version at BookWoman, all taken by owner Susan Post.  Of course, my version of the altar is a little alternative... not exactly a traditional altar, but it gives a good idea.

Santa Muerte devotees take much pride in caring for her altar, often spending considerable time and resources.  They say it is important to keep the altar fresh and tidy, and that it is important for promises to be followed through.  Home or store altars have become public sacred spaces for devotees where they can go find a container to place their struggles and hopes.  As an example I'll sign off with this video produced by CityLore.