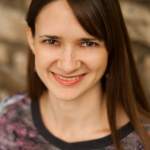 Last weekend I attended the Blackpot Festival in Lafayette for the first time. Blackpot is a music and food festival celebrating the culture of Southern Louisiana's Acadiana Region. There is a wide range of musical styles and a variety of foods, each being prepared in - you guessed it: black pots. One of the things I found interesting was the similarities between this region and the Gulf Coast Texas region in which I was raised. At least two times, I had to have my friend and fellow native Texan translate food names into their South Texas counterparts. For instance a Natchitoches meat pie = an empanada, and grillades = carne guisada. The music also blends well with traditions you may hear in Texas, mostly because of the heavy influence of the accordion. Our friends Los Texmaniacs were invited to perform for the second year in a row and brought legendary Texas Tornados members Flaco Jimenez and Augie Meyers with them. Former Texas Folklife apprenticeship particpant Ed Poullard also performed as well as Lousiana band, the Red Stick Ramblers. As with any festival where camping is involved, some of the best moments were in the late night jams.