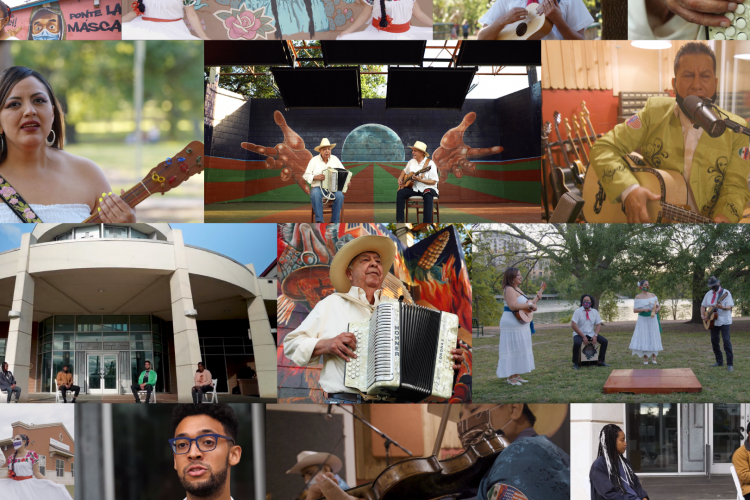 Over one year ago, as reported by NBC News on May 18, 2020, Latinos made up over 50% of all COVID-19 cases in Travis County and 38% of the COVID-19 deaths, despite consisting of only 34% of Austin's population. Unfortunately, in spite of continued efforts and vaccine roll out, the numbers today look equally grim. As of July 13th, 2021 data from the City of Austin/CommUnity Care, Latinos in Travis County make up 50% of all the local COVID-19 deaths to date, but their vaccination rates are lagging 11% behind the state average for the same population.

These disproportionate health outcomes are not limited to Austin or to Latinos alone. In Harris County, 70% of African Americans and 60% of Hispanics were entirely unvaccinated as of July 21st data. While data for many rural areas of the same date shows a significant lack of vaccine uptake; zip code 77612 (Buna and Evadale, north of Beaumont, TX) is 94% White, and only 20% vaccinated. COVID-19 deaths are rising nationwide, and 99% of them are people who are unvaccinated.

With the initial hurdles of vaccine distributions behind us, Delta and other variants on the rise, and a return to Stage 5 risk precautions in Austin, it is clear the next hurdle in overcoming COVID-19 is tackling the vaccine hesitancy that remains, regardless of race/ethnicity. Revealing yet another marked gap in the ability for traditional messaging and methods to bridge gaps in public trust,  folk and traditional arts can play a key role in overcoming this divide.

In January 2021 and with support from Austin Public Health, Texas Folklife began work at the intersection of public health, arts and culture, and community development to undertake an extensive community survey to better understand attitudes toward the vaccine, where and how communities access healthcare news, and to identify which information sources communities trust.

The results? In conjunction with local cultural leaders and community groups, Texas Folklife recently launched the Hechos, No Miedo | Facts, Not Fear campaign, utilizing folk-based music, dance, visual arts, and oral history to explore issues of vaccine equity and encourage communities at high risk of COVID-19 to better understand and trust the vaccine.

The four PSAs are now available for viewing on Youtube and available to download for media, organizations, and individuals to broadcast and/or share on social media from Texas Folklife’s Filecamp. Balancing Texas Folklife’s 36-year history of arts and culture work and the collaborators’ own lived experience, this effort is informed by expertise from a variety of local community health workers. They include:

A fifth, English-language message for rural White audiences is currently in production, involving the Hot Club of Cowtown to be captured at Devil’s Backbone Dancehall. Supported in part by the Texas Commission for the Arts, release is expected in September.

As the University of Florida’s Center for Arts and Medicine clearly demonstrates, arts and culture “offer a rich ground” for innovation, and “figures as a fundamental component in the ‘fifth wave’ of public health,” which acknowledges that health “must be woven throughout the fabric of social life.”

As informed by this campaign and past efforts which intertwined arts and health outcomes (such as Stories for Creative Forces and collaborations with traditional healers), the effort also sets the stage for Texas Folklife’s deeper exploration of the potential to elevate traditional arts practices in campaigns for health equity. Inspired by the likes of Alliance for California Traditional Arts Building Healthy Communities Initiative, we aim to center community knowledge and respect lived experience in a manner that will advance community-led, -generated, and -sustained health practices.